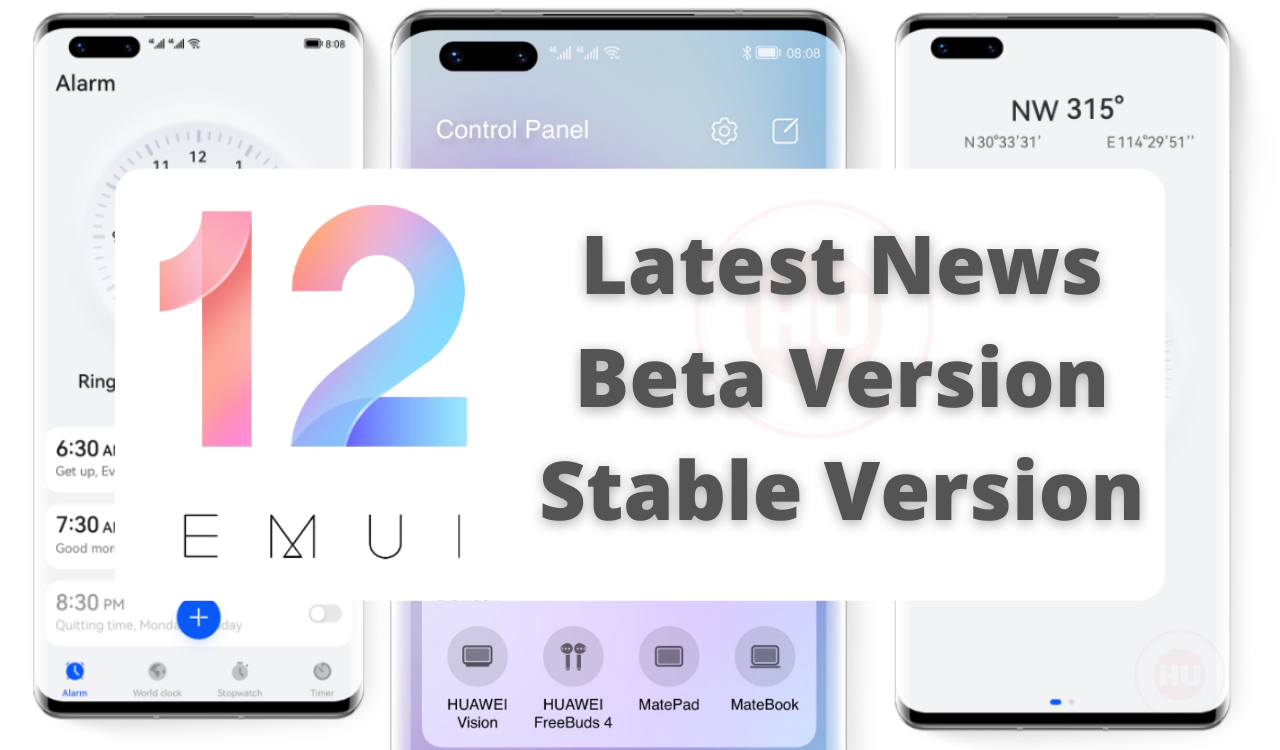 
Huawei has geared up the beta testing of its next EMUI version EMUI 12 in the global market. The devices that have received Huawei EMUI 12 so far are Huawei P30, Huawei P30 Pro, Huawei Mate 20 Pro, Huawei Nova 9, Huawei P40 Lite, Huawei Nova 5T, and more. The all-new EMUI version comes with several new features which you can check the complete list here. In this article, we will check the eligible EMUI 12 Huawei devices/phones, the latest news, and more.

January 10, 2022: Huawei P40 Pro and Mate 40 Pro have been recently received the Stable EMUI 12 update in the global market. In the same list, the Huawei Mate 30 Pro smartphone users are now able to install the EMUI 12 stable update on their devices. The latest software update comes with EMUI 12 version 12.0.0.218 and the size is 1.04GB. Note that this EMUI 12 stable software rollout is the initial stage and may take some to reach your device.

January 07, 2022: Huawei has recently sent the stable EMUI 12 update for the P40 Pro smartphone users in Europe and now the Mate 40 Pro owners are also claiming that they have received this all-new version update with the firmware version EMUI 12.0.0.218. The official (Stable) software version for Mate 40 Pro introduces EMUI 12 and provides an intuitive interface and a cross-device area in the control panel for better intelligent collaboration

December 22, 2021: In the global market, EMUI 12 Beta rollout has officially started for Huawei P30, Huawei P30 Pro, and Huawei Mate 20 Pro smartphone users. The latest EMUI 12 is based on HarmonyOS 2 features that bring an eye-catching user interface and more. The EMUI 12 beta update for the P30, P30 Pro and Mate 20 Pro is rolling out with firmware version EMUI 12.0.0.120.

December 19, 2021: Huawei Nova 9 smartphone is a part of the HarmonyOS update in the Chinese market and about the global rollout, this new 8GB RAM device is now getting EMUI 12 update with the latest software version EMUI 12.0.1.198. This latest update brings November 2021 security patch and camera optimization.

December 14, 2021: Huawei has chosen some of its devices/smartphones for the EMUI 12 beta update. The latest update carries a download size of a total of 2.67 GB. We advise you to download this big update via a proper internet connection.

November 26, 2021: Huawei Nova 9 smartphone is currently getting the HarmonyOS update in the Chinese market and about the global rollout, this new 8GB RAM device is now getting EMUI 12 update with the latest software version EMUI 12.0.1.169.

November 11, 2021: Huawei EMUI 12 beta update is at the peak level. The company has started EMUI 12 Beta update in Germany with 5 devices.

October 30, 2021: Huawei Nova 9 Series HarmonyOS update process is currently live in the Chinese market and about the global rollout, this new 8GB RAM device is now getting EMUI 12 update with the latest software version EMUI 12.0.1.167. Huawei with this latest update changelog mentioned that the official commercial version is prepared for EMUI 12.

August 27, 2021: Huawei has silently introduced its next EMUI version – EMUI 12. HarmonyOS is a big part of the company for more than a year now.  Huawei’s EMUI 12 is now official and it comes with a refreshed user interface and with new features.