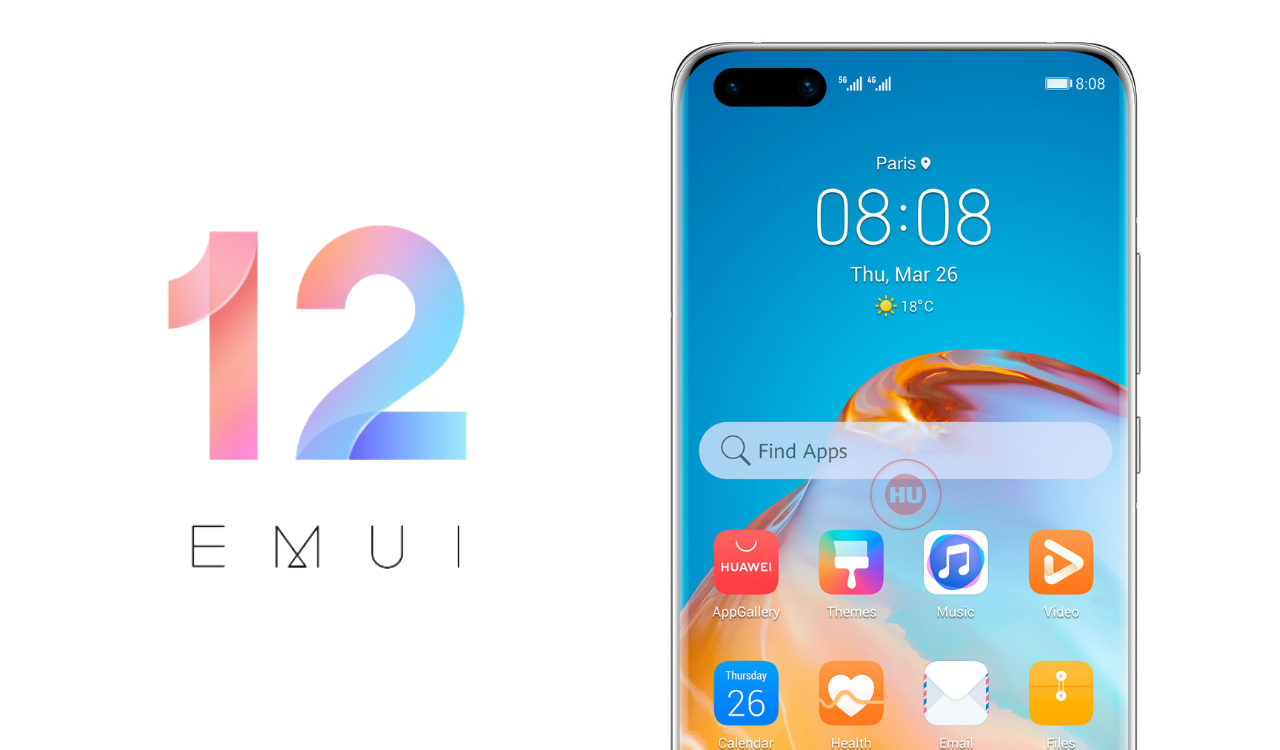 
Huawei has officially released the stable EMUI 12 update for the Mate 40 Pro, P40 Pro smartphone users globally. In this article, we will check the list of Huawei P40 Series EMUI 12 updates, countries, and more.

EMUI 12 Changelog:
This update introduces EMUI 12 and provides an intuitive interface and a cross-device area in the control panel for better intelligent collaboration.

[Font]
Supports more flexible font adjustment, in which you can adjust the font size and width with a slider.

[Smart Folders]
Supports pressing and holding app folders on the home screen to enlarge them and make the apps within them easier to access.

[Notification
Panel and Control Panel ] Allows you to swipe down from the top left of the screen to access the Notifications panel to view notifications, and swipe down from the top right of the screen to access the control panel for shortcuts.
Adds an audio control area to the control panel to make it easy to switch between different audio devices and apps. Allows you to quickly activate cross-screen cooperation by tapping symbols for Huawei laptops and tablets in the “Device +” area of ​​the control panel.

Smart life in all scenarios

[Cooperative Security]
Adds a cooperative authentication function between cellphones and laptops, which allows you to unlock your phone by entering the screen unlock password for the phone on Huawei laptop when the phone and laptop are connected through cross-screen cooperation are.

[Multi-device file management]
Supports access to documents or pictures on the phone via a laptop without connecting the two devices with a data cable.