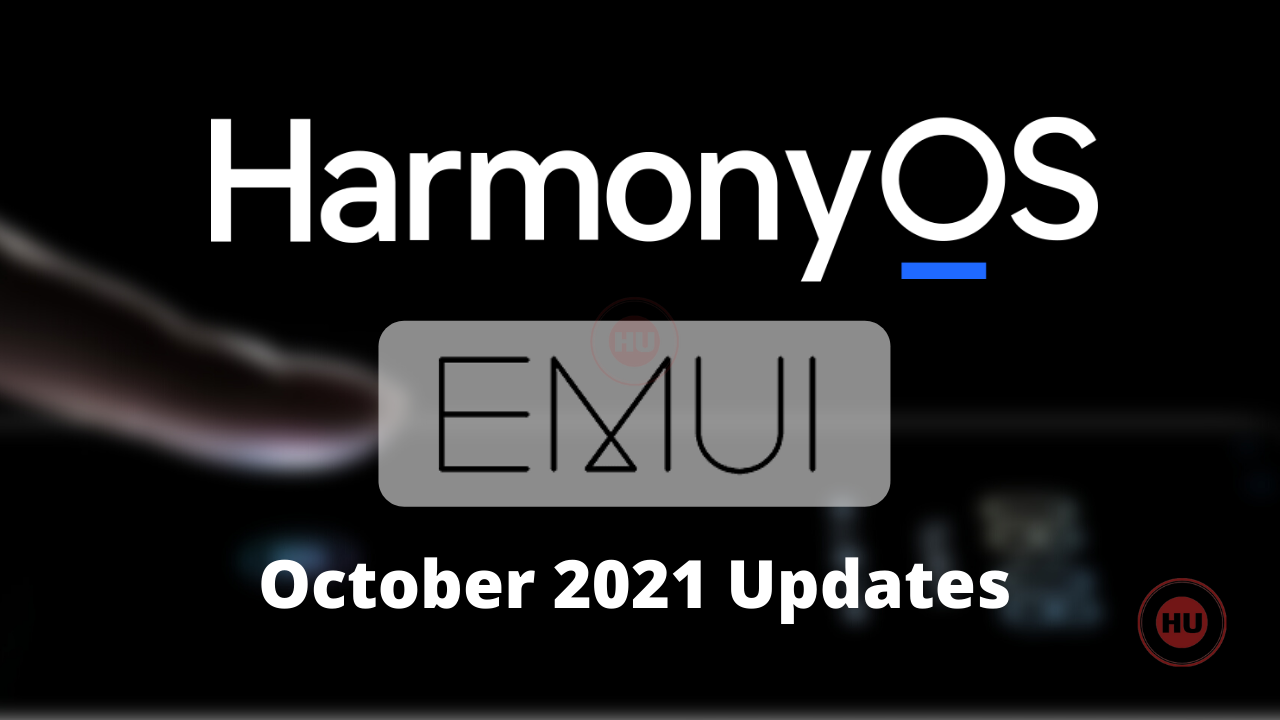 
Huawei has recently released the October 2021 EMUI security updates details which include the CVE announced in the October 2021 security bulletin. It includes 1 Critical, 27 High, and 2 Medium levels of CVE’s.  In this article, we will check Huawei’s EMUI October 2021 Updates list with the latest software versions and device names.

October 14, 2021: According to the information, HarmonyOS 2.0.1.152 version is now available for the Nova 9 series. The latest update added a short video mode, which can quickly record short videos, customize background music for the video, and make short videos more interesting.

October 14, 2021: Huawei has started sending HarmonyOS 2.0.0.195 update for 21 Huawei and Honor devices. This update is rolling out for nolog users who have successfully registered for the internal test. The latest HMOS 2 update brings system and display optimization.

October 14, 2021:  In terms of standard version software update the P50 is now updated with HarmonyOS 2.0.1.165. Getting hands-on with the changelog, this update is mainly released for camera optimization.

October 12, 2021: As per the official HarmonyOS news, the company has started HarmonyOS 2.0.0.195 version for the nolog users who have successfully registered for the internal test. The latest HMOS 2 update for Enjoy 10 Plus brings control center optimization and more.

October 12, 2021: According to the official information, Huawei P50 Pro phone users in China are now receiving the HarmonyOS 2.0.0.215 update. The latest update enhances the distributed gallery function, allows you to access photos of your other devices across the network, optimizes the experience of camera recording and fingerprint unlocking.

October 11, 2021: Recently, Huawei released the HarmonyOS 2.0.0.195 version update for the P20 Series, Nova 4, Huawei Mate 10 Series, Honor 9X series, and Mate RS Porsche Design smartphones users in China who have successfully registered for the internal test as a priority experience. Now, the same update is started rolling out for the Honor V10 and Honor 10 users.

October 10, 2021: The latest HarmonyOS 2.0 update for Honor 9X and Honor 9X Pro is rolling out with software version 2.0.0.195. This update mainly optimizes the display and system.

October 9, 2021: According to the information, Huawei has started rolling out the HarmonyOS 2.0.0.195 software update for MatePad 11 users in Europe, and the package size is 133MB.

October 9, 2021: Huawei’s HarmonyOS update is currently in two stages – beta and stable. On the list, the Huawei MatePad Pro 12.6 version is getting HarmonyOS 2.0.0.188 system update with build number 2.0.0.188. Through this update, you can experience the stylus (currently only HUAWEI M-Pencil second-generation 2021 models) global annotation, one-click extract function, learning and office work is more efficient and convenient, it is recommended that you update.

October 3, 2021: Huawei has recently sent the HarmonyOS 2.0.0.53 update for the MediaPad M5 series users in China. Now, the same changelog update is rolling out for the Huawei Nova 3, Mate 9 series, and P10 series phone users. The condition for this update is as same as the M5 series (Release the internal beta version 2.0.0.53/55, and push it to the users who have successfully registered for the internal beta).

October 3, 2021: Huawei MatePad Pro 12.6 users in Europe are now able to install a new HarmonyOS version 2.0.0.188 update. In addition to the usual security patch, this time there is a new feature for the M-Pen as well as optimizations for the horizontal display.

October 1, 2021: According to the official information, the Huawei Nova 9 Series getting an important patch update that contains compass-related optimization.

October 1, 2021: Huawei has started a new HarmonyOS 2.0 beta update for the Huawei Enjoy 20 Plus 5G and Huawei Maimang 9 5G users in China. The latest update added a desktop icon that has a new size adjustment function also it brings September 2021 patch update.

October 1, 2021: Huawei has started sending a new software update for the MatePad 11 based on HarmonyOS. The latest update brings annotation function as well as the September 2021 security patch.

HarmonyOS is a distributed operating system developed by Huawei to run on multiple devices. In a multi-kernel design, the operating system selects suitable kernels from the abstraction layer for devices with diverse resources.

The system includes a communication base DSoftBus for integrating physically separate devices into a virtual Super Device, allowing one device to control others and sharing data among devices with distributed communication capabilities.

On 9 August 2019, Huawei officially unveiled HarmonyOS at its inaugural developers’ conference in Dongguan. Huawei described HarmonyOS as a free, microkernel-based distributed operating system for various types of hardware. The company focused primarily on IoT devices, including smart TVs, wearable devices, and in-car entertainment systems, and did not explicitly position HarmonyOS as a mobile OS.

HarmonyOS 2.0 launched at the Huawei Developer Conference on 10 September 2020. Huawei announced it intended to ship the operating system on its smartphones in 2021. The first developer beta of HarmonyOS 2.0 was launched on 16 December 2020. Huawei also released the DevEco Studio IDE, which is based on IntelliJ IDEA, and a cloud emulator for developers in early access.