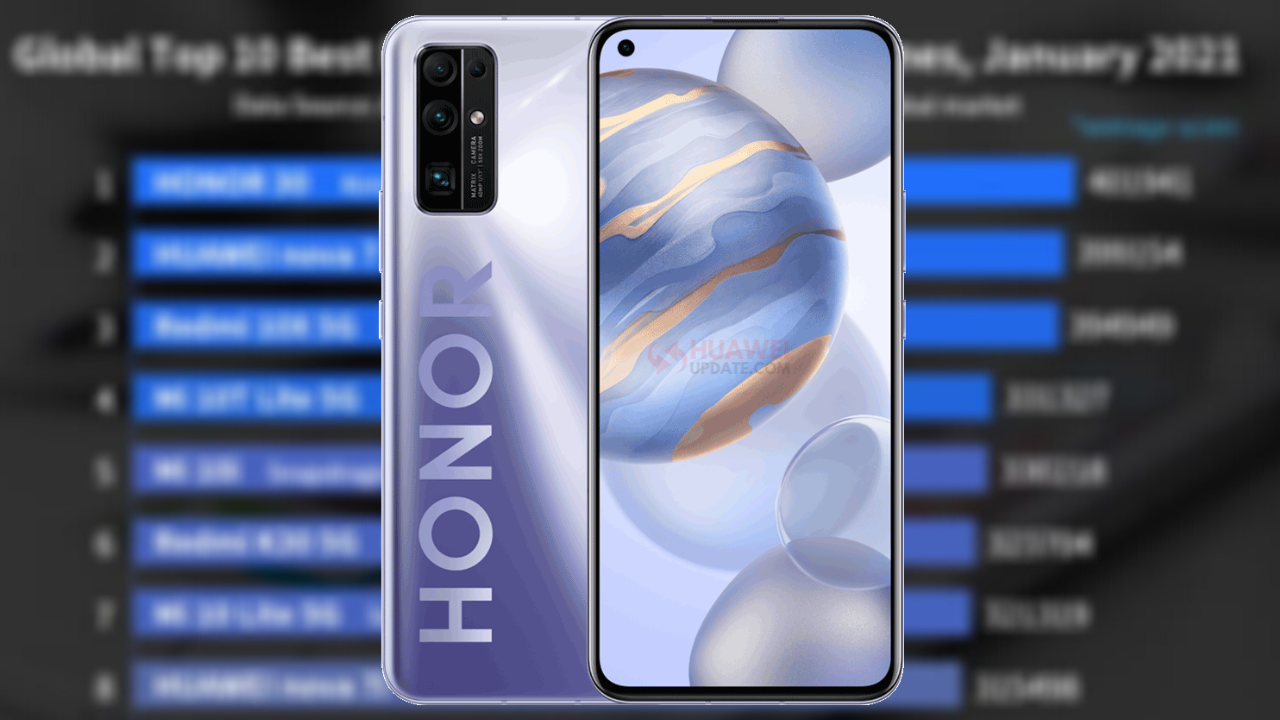 
AnTuTu has officially released the global top 10 best performing mid-range phones in January 2021. The list includes a period from 1 January to 31 January 2021, and the results in the list are the average scores but not the highest, with the measurements being made on the Antutu V8 (if a model has multiple memory versions, the maximum memory version was selected).

So in total Xiaomi (along with its subsidiary Redmi) have 6 smartphones in the top 10, although the top belongs to the now independent of Huawei , Honor .