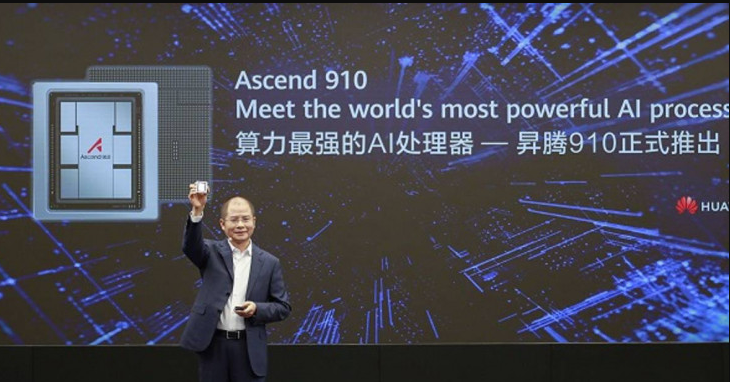 
Huawei officially launched yesterday the Ascend 910, the world’s most powerful AI processor, and an all-scenario AI computing framework called MindSpore. “MindSpore will go open source in the first quarter of 2020. We want to drive broader AI adoption and help developers do what they do best,” said Xu.

“We have been making steady progress since we announced our AI strategy in October last year,” said Eric Xu, Huawei’s Rotating Chairman. “Everything is moving forward according to plan, from R&D to product launch. We promised a full-stack, all-scenario AI portfolio. And today we delivered, with the release of Ascend 910 and MindSpore. This also marks a new stage in Huawei’s AI strategy.”

The Ascend 910
The Ascend 910 has been found to deliver on its performance goals with much lower power consumption than originally planned. It delivers 256 TeraFLOPS for half-precision floating-point (FP16) operations, and 512 TeraOPS for integer precision calculations (INT8).

Because it only deals with gradient and model information that has already been processed, MindSpore helps ensure user privacy. Furthermore, MindSpore has 20% fewer lines of core code than leading frameworks on the market, and it helps developers raise their efficiency by at least 50%.