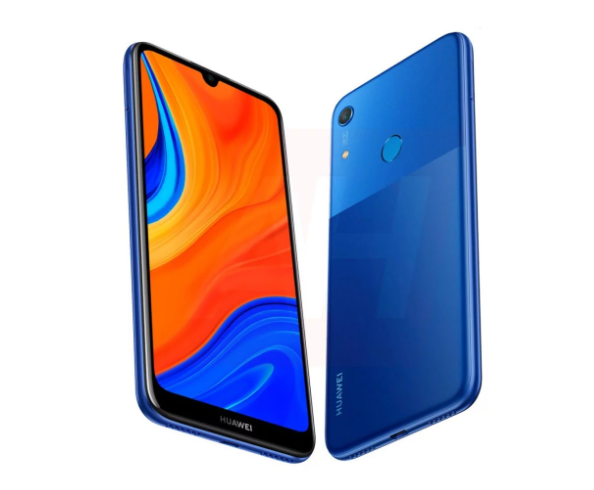 
According to the Source, the render of an upcoming budget-friendly phone called Huawei Y6s. The Huawei Y6s phone is codenamed as Jakarta. In March, the Chinese firm had launched the Huawei Y6 smartphone. However, the Jakarta model seems to be its inferior version and it is expected to debut as Huawei Y6s.

The blue colored Huawei Y6s has a waterdrop notch on its display. It is expected to house a 6.1-inch display that will probably support HD+ resolution. The chin of the device is thick enough to house the Huawei branding. The rear side of the phone that sports a two-tone design has a single rear camera of 13-megapixel and a fingerprint reader. The SoC of the device is not known yet, but it could be coming with 3 GB of RAM and a native storage of 32 GB. No other details are available on the specifications of the smartphone.

The frontside of the Huawei Y6s has a waterdrop notch display. The rear side of the phone has a bit unique dual camera system. The vertical camera module has an LED flash between the two camera lenses. The ‘AI Camera’ text can be seen imprinted alongside it. The device does not feature a fingerprint reader on its back.