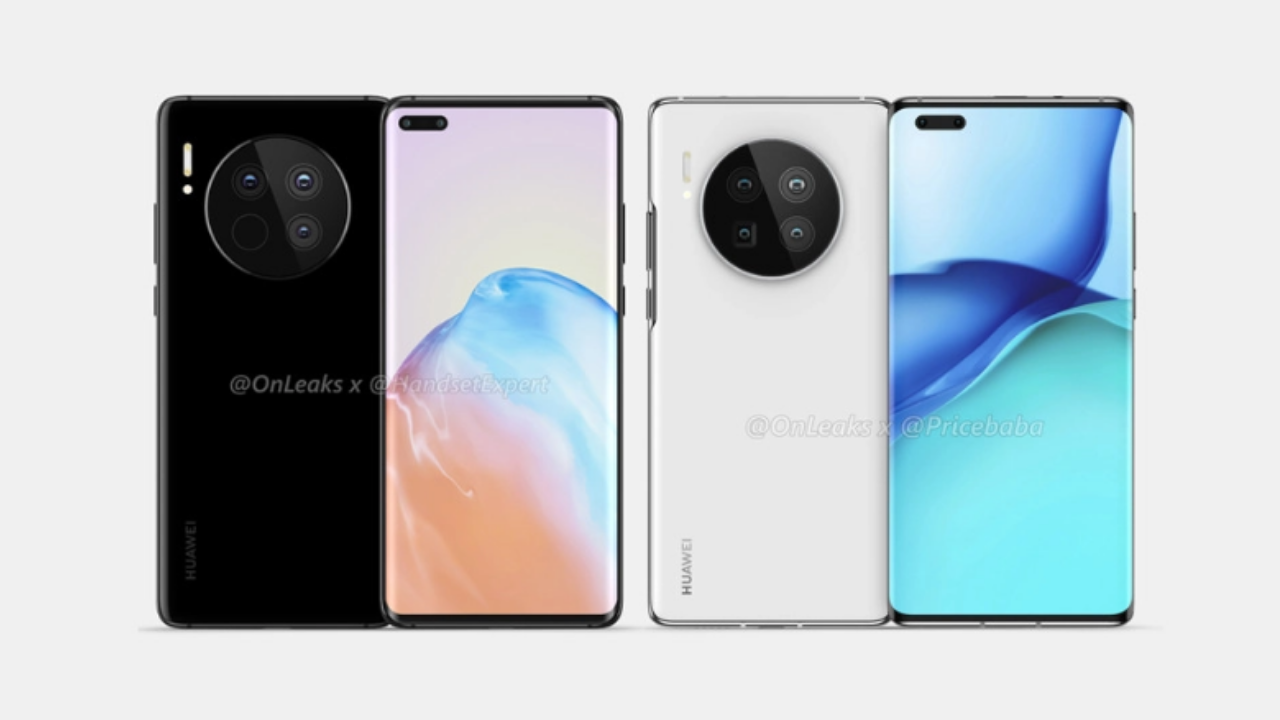 
Huawei Mate 40 series is said to be released in October or November with the next-generation Kirin 1020 chipset based on the 5-nanometer process.

Huawei flagships performed well in the past years, thanks to their cameras. According to the latest renders of Mate 40 and Mate 40 Pro courtesy of Steve Hemmerstoffer, the next set of Huawei flagships will bring changes and compete well in the market.

Renders shows, the company will follow a circular camera module that graced the Mate 30 series last year and increased its size quite dramatically. The bump houses three larger sensors and a mysterious fourth sensor, which could be a laser autofocus setup or a 3D Time-of-Flight sensor, on the standard Huawei Mate 40 flagship.

The Huawei Mate 40 series will follow curved-edge screens coupled with in-display fingerprint scanners. The standard model settles for a 6.4-inch display complete with relatively subtle curves, the Pro-branded device goes all-out with a waterfall display that measures in at 6.7-inches.