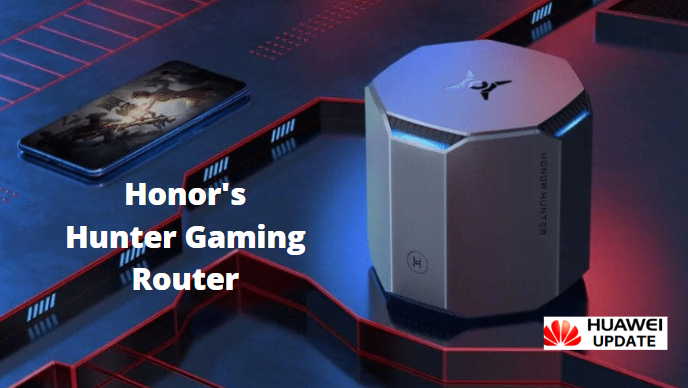 The Honor Hunter Gaming Router specifications include sharp edges and grey color variant. The company tried to look Gaming Router with a trending era and gave a professional design plus layout features light effects. It has a combined pack of LED’s inside with the frame, these lights can produce up to 16 million colors. Mainly, Honor’s Hunter Gaming Router goes to up to 5Gbps, and we think this is good for Game lovers, due to this it will support 4-gigabit network ports and 2100Mbps tri-band Wi-Fi.

Honor’s router came with a tri-band WiFi chip; including 2.4GHz and dual-frequency 5GHz built-in antennas. The dual antennas have a 30-degree tilt angle and they can improve Wi-Fi coverage on the horizontal and vertical plane. In Game Mode, the router will put the smartphone connection on the highest priority. It’ll also set up a dual-chain simultaneous transmission of 2.4GHz and 5GHz bands to the device.