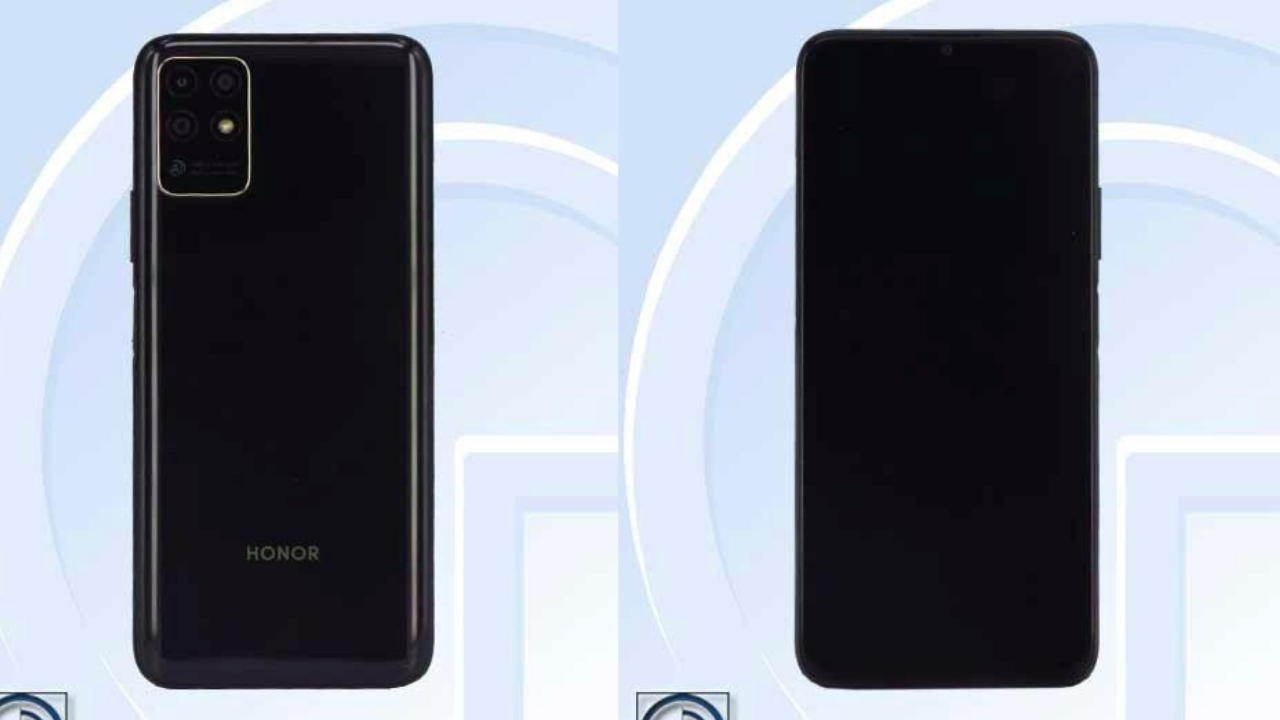 
According to the TENAA listing, Huawei’s sub-brand Honor is seemingly preparing cheap smartphones, the listing reveals a new 5G smartphone with a model name NZA-AN00/NZA-TN00. Honor is also bringing its HUNTER gaming laptops and Watch GS Pro very soon. But it looks like the brand has one more product up in its lineup.

Honor NZA-AN00 or NZA-TN00 pictured in the certification shows a thick black phone with rounded corners. There’s the familiar button layout with the volume rocker and power buttons to the right of the device and a side-mounted fingerprint scanner as well.

At the front, the smartphone features a punch hole and seems thin bezels around the display. At the back of the phone, we can see a rectangular shape with silver edges housing four sensors and a flash.