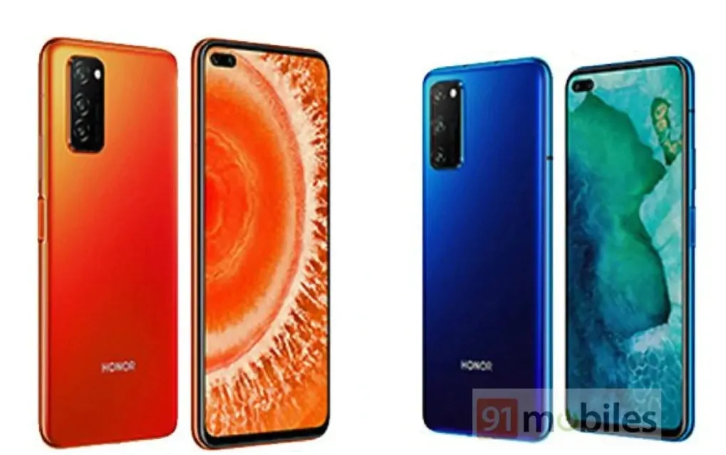 
These images come from the 91mobiles, which cited them as coming from a ‘reliable source’. They’re product renders that show the Honor View 30, or the Honor V30 as it will likely be called in China where it will initially launch, from the top, bottom, front, back, and sides.

These pictures look way different to previous rumors we’ve heard, in a variety of ways. Firstly, we’ve been hearing that there will be four rear cameras on the device (including a 3D Time-of-Flight sensor), but the renders only show three. Secondly, we’ve seen leaked renders before that show the cameras housed in a central square block, instead of the left strip like the new renders show.

The Honor V30 will reportedly miss out on the 3.5mm headphone jack. Over at the front, we see the familiar hole-punch design with dual selfie cameras, something that was officially confirmed via a teaser poster. At the back, the phone can be seen sporting a triple rear camera module that was recently spotted in an official teaser video. Moreover, Honor has earlier confirmed that its next V-series flagship will arrive with dual-mode 5G support.