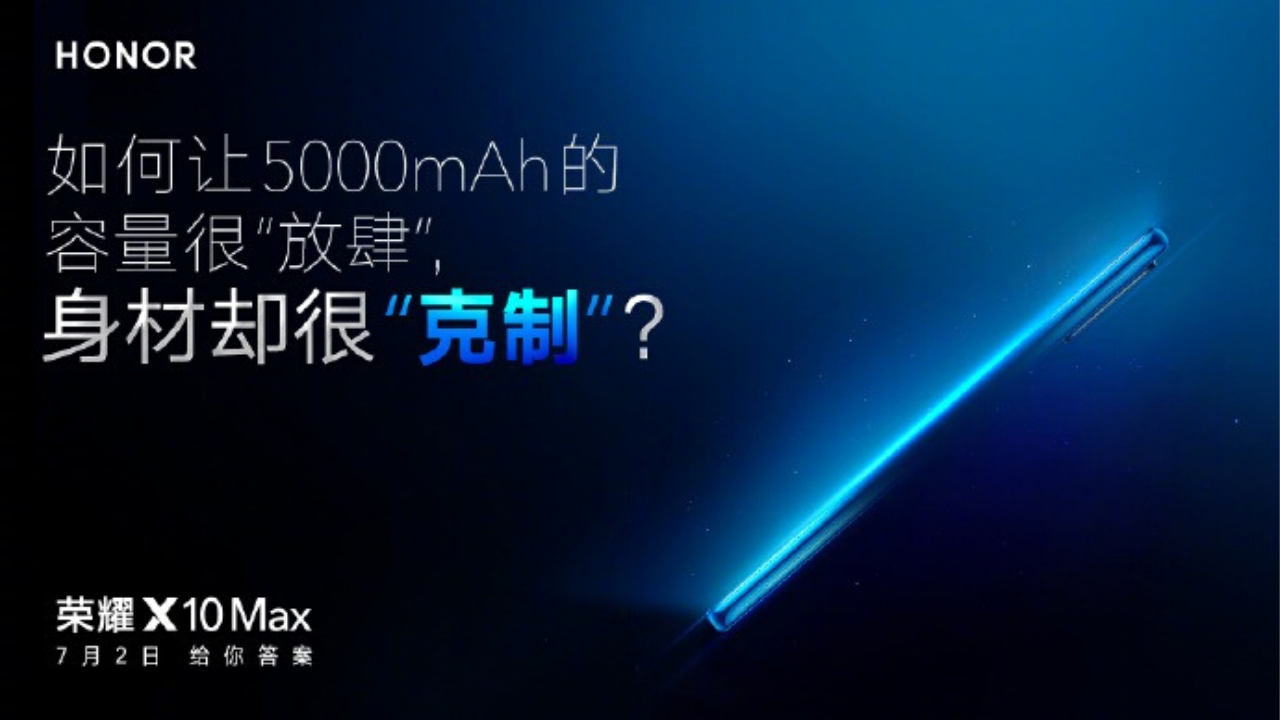 
Honor has officially announced that the upcoming X series smartphone X10 Max will launch with a 5000mAh battery. The Honor X10 Max will be officially released on July 2nd, along with the Honor 30 Youth Edition.

About the camera concern, the Honor X10 Max has an 8-megapixel selfie camera inside the display notch. The handset features only two cameras on its back. The primary lens is a 48-megapixel and 2-megapixel secondary shooter and it sports 5000mAh battery.