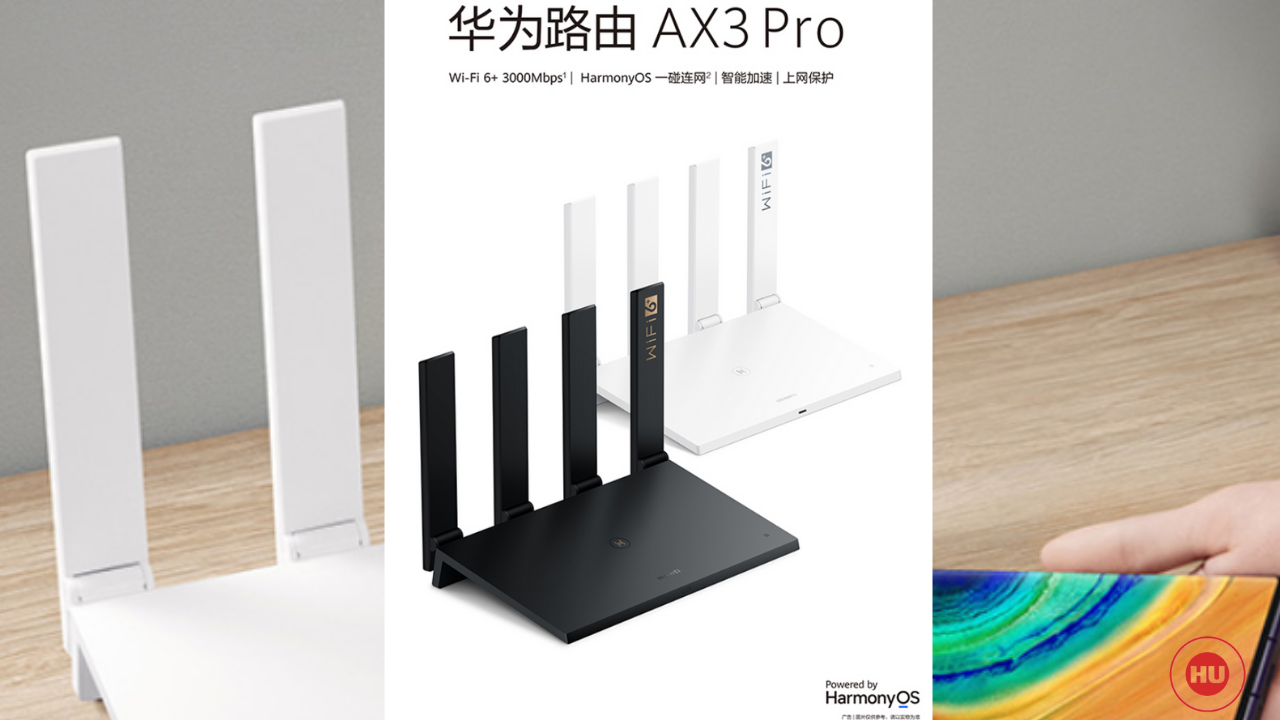 The new version of Huawei AX3 Pro still has four antennas, each with an independent amplifying chip. The 2.4GHz chip has an amplifying parameter of 27dB, and the 5GHz band parameter is 23.5dB. This product has an increase in the number of cameras compared to the old model , from the previous dual-band 128 units to a single 5GHz band with 128 units (under the WiFi 6 standard).

In terms of parameters, the router supports 1024QAM modulation, 160MHz bandwidth, 2.5GHz rate 574Mbps, 5GHz rate 2402Mbps. The product supports NFC function. A mobile phone equipped with HarmonyOS or Android system can automatically connect to Wi-Fi without entering a password by touching the NFC area of ​​the router.