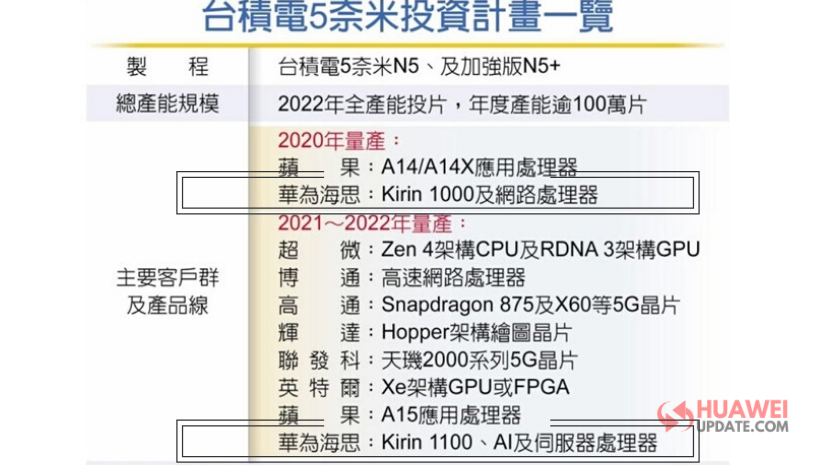 
According to the Taiwanese media industry insiders and legal persons, TSMC’s 5nm N5 and N5 + (enhanced version) will enter the mass production phase in the third quarter of this year and will be fully ready in 2022.

In the second half of this year, TSMC expects that Apple A14 / A14X Bionic, Huawei Kirin 1000, and network processors will enter mass production, and the revenue in the second half will be basically the same as the first half.

About the next year concern, In addition to the Apple A15 Bionic and Huawei Kirin 1100, Intel Xe-based GPUs, Nvidia Hopper, AMD Zen 4 / RDNA3, Snapdragon 875 + X60 5G baseband and MediaTek Tianji 2000 will also be Handed over to TSMC OEM, TSMC’s 5nm plant will gradually enter the mass production stage in the next two years.

However, Huawei HiSilicon transferred some high-end orders to SMIC. We may see the Kirin 1000 in Huawei Mate 40 Series. Stay tuned for more information.