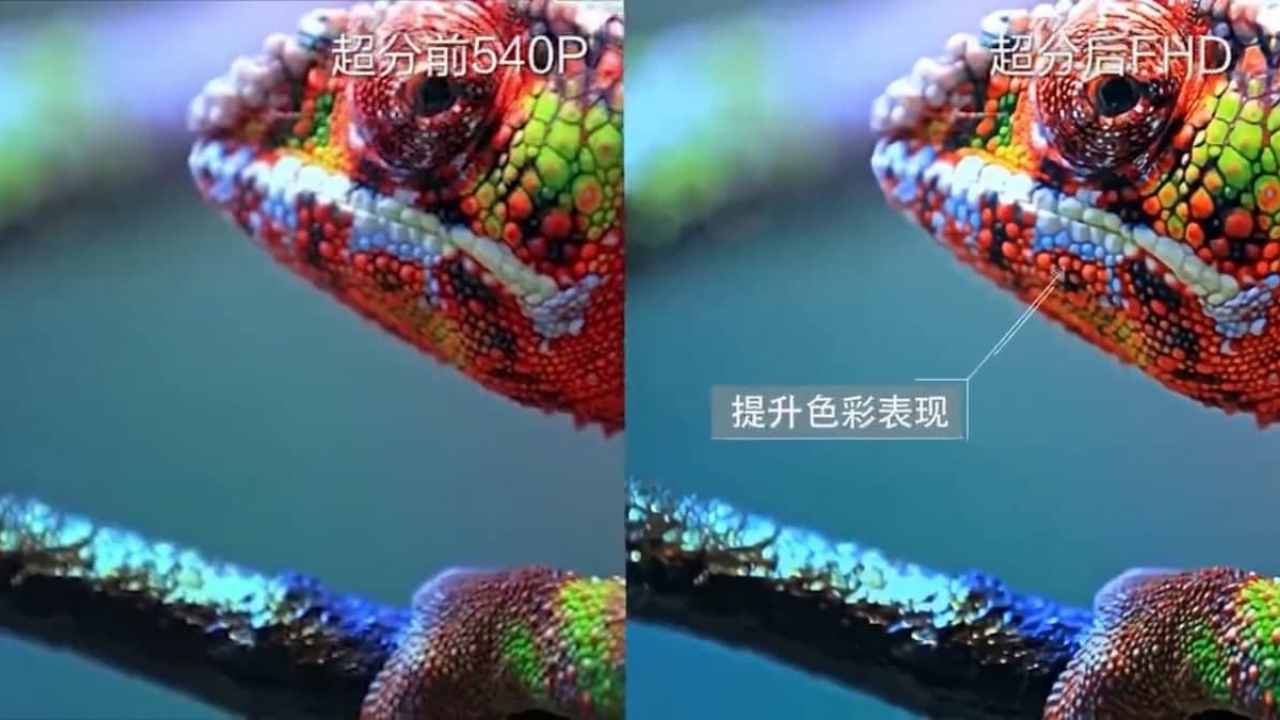 
Huawei earlier today (4th December 2020) took to Weibo to demonstrated its new video technology.  According to the information, the AI-powered super-resolution system on the Kirin 9000 processor is capable of turning old videos of 540p resolution into FHD 1080p content in real-time.

Huawei’s new chipset the Hisilicon Kirin 9000 5G soc was first made its debut with the Huawei Mate 40 Series on October 22, at the global launch conference. Kirin 9000 chipset comes with three-level architecture with eight-core including 3.13 GHz Cortex A77 large core and three medium core 2.54GHz A77 and four small core 2.05GHz, 24 -core Mali-G78, Kirin Gaming+3.0 and more.

According to the information, we can observe the Kirin 9000’s AI-powered supersampling technology turning low-quality videos into high definition content. An example of this was sharing certain images of a lizard, where the lower resolution 540p content carrying a lot more noise in the shot, while the super-sampled 1080p version offers us brighter colors with much more details being retained as well.

When people appreciate the video, it is increasingly high, and it is difficult to tolerate low image quality and low-resolution images. How to let the classic old film glow youth, what makes 540P video seconds 1080p? The good news is that the unicorn 9000 AI video excellent technology is coming, let’s take a look at its performance – Huawei.