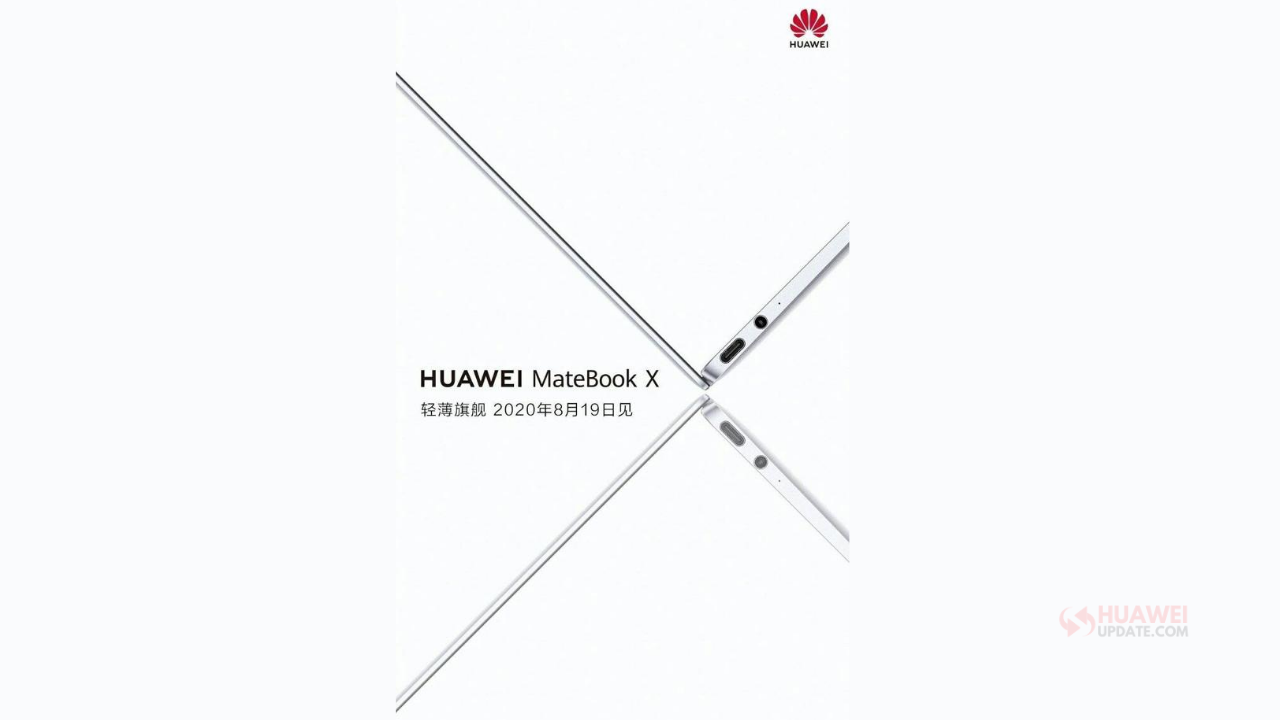 
Huawei has officially announced the launch date of the upcoming MateBook X laptop. The MateBook X is launching on August 19. It will use a 3K floating full screen and this will be Huawei’s first laptop to support Wi-Fi 6. In addition, the company will also bring the next generation glass.

Huawei at the beginning of this year released the MateBook X Pro (2020) laptop and is now going to show another model from this line. According to the information, Matebook X will be thinner and lighter than the current model.