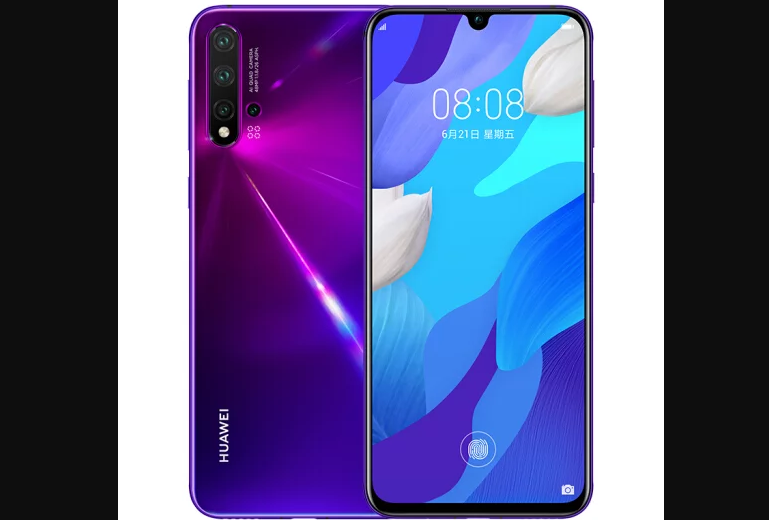 
The Huawei Nova 5 Pro hands-on images show that it will be arriving with a waterdrop notch screen. The rear side of the smartphone is made out of glass and it lacks a fingerprint reader. Rumors are rife that the Nova 5 Pro is equipped with an OLED screen that is integrated an in-display fingerprint sensor.

The rear shell of the Nova 5 Pro has a quad camera setup. Among them three sensors are placed in the same line followed by an LED flash and there is a separately placed lens which seems to be a ToF sensor.