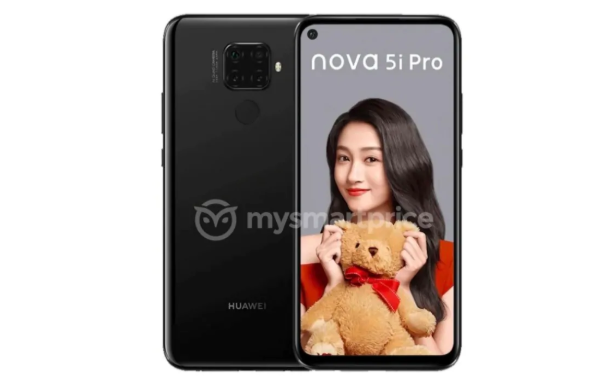 
The Nova 5i Pro has been confirmed to launch on Friday, July 26. The phone will come with a quad-camera setup arranged in Huawei’s Matrix format that debuted with the Mate 20 series. Press renders of the phone have now surfaced and they show the phone will come in three colors.

A new leak reveals there will also be a Magic Night Black variant and an Aurora gradient color variant with a mix of blue and purple. The TENAA listing has a plain blue variant but we are not sure if that will launch alongside these three color variants.

The Huawei Nova 5i Pro aka Huawei Mate 30 Lite is tipped to pack a 6.26-inch full-HD+ (1,080 x 2,340 pixels) display and will be powered by the Kirin 810 SoC paired with 6GB of RAM and 128GB of internal storage. However, another variant with 8GB of RAM coupled with 256GB of internal storage is also said to be in the pipeline. The lights will be kept on by a 4,000mAh battery, but there is no word on support for fast charging.