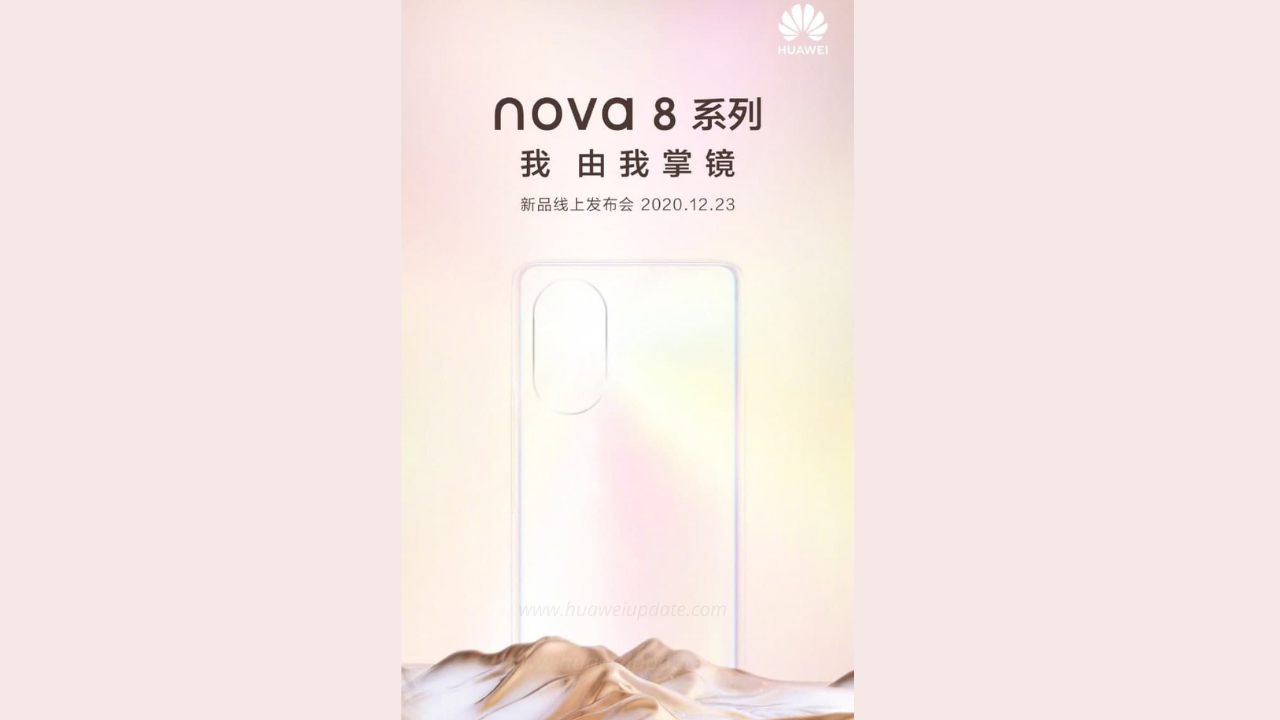 
According to the official confirmation Huawei’s new Nova series smartphone, Nova 8 is officially launching on December 23. Previous reports suggest that the Huawei Nova 8 series will include two models – Huawei Nova 8 and 8 Pro and will launch with Kirin 9000 chipset.

Earlier some popular Weibo leakers revealed the specifications of the upcoming devices and said that the phone will launch with a 6.5-inch FHD + 60Hz resolution LCD single-punch screen in the upper left corner with a refresh rate of 60Hz.

For selfies, it will get 16 MP, and there will be a four-camera combination of 48MP+8MP+2MP+2MP at the rear side, this new smartphone to be backed by a 4000mAh battery support 40W fast charging.

Let’s check the previously launched Huawei Nova 7 smartphone key specifications, it runs on Android v10 (Q) operating system. The phone is powered HiSilicon Kirin 985 5G Chipset. It has 8 GB RAM and 128 GB internal storage. The screen has a resolution of 1080 x 2400 pixels and 403 ppi pixel density. At from users get a 32 MP f/2.0 Primary Camera and on the rear, there’s a 64+8+8+2 MP camera with features like Digital Zoom, Auto Flash, Face detection, Touch to focus. It is backed by a 4000 mAh battery.