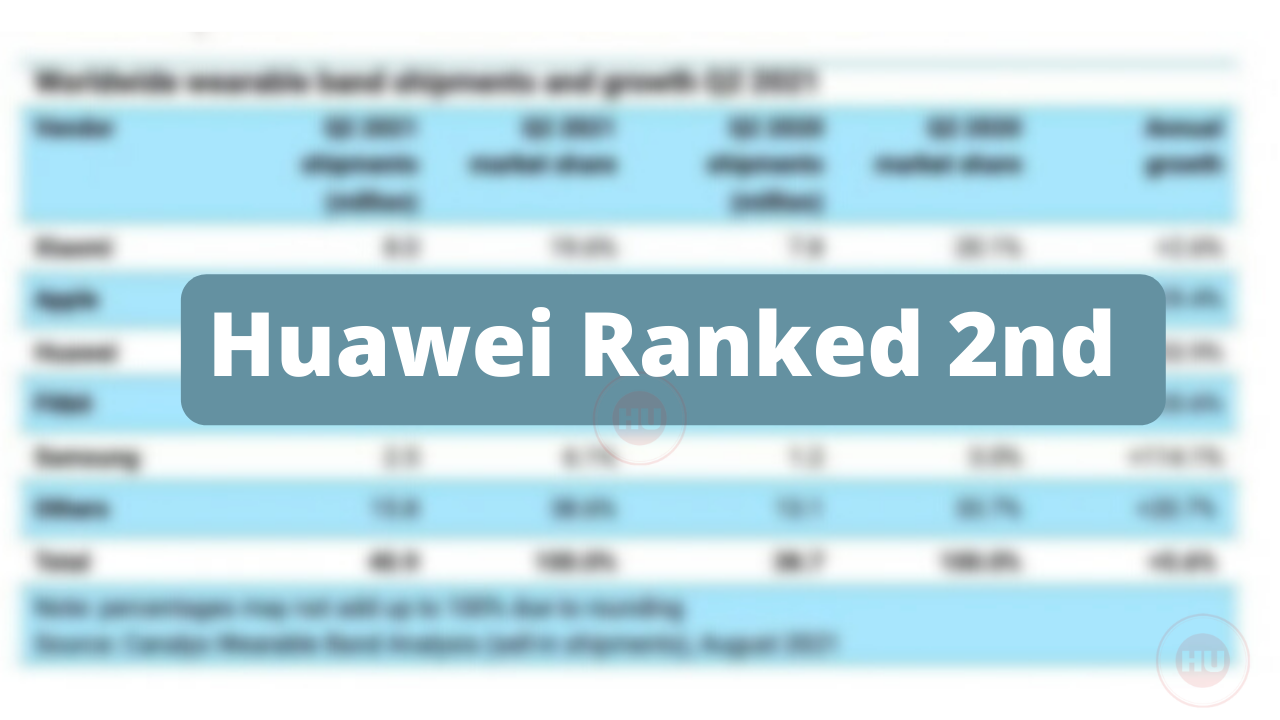 
According to the Canalys data, the total shipments of the wearable device market reached 40.9 million units in the second quarter of 2021, a year-on-year increase of 5.6%.

On the list Apple ranked in the top position, Xiaomi accounts for 19.6% of the market, with 8 million shipments, while Apple’s is 19.3%, with 7.9 million shipments. However, Apple still seems to be growing faster than Xiaomi, with a year-on-year growth of 29.4%, compared with 2.6% for Xiaomi.

In the second quarter, Apple’s share of the smartwatch market was 31.1%. Huawei ranked second with 9%, while Garmin ranked third with 7.6%.

Shipments of basic wearables and fitness trackers will begin to decline in the fourth quarter of 2020. By the second quarter of 2021, shipments plummeted to 15.5 million units, a year-on-year decrease of 23.8%.

In the second quarter of 2021, the shipment of basic watches and smartwatches reached 25.4 million units, a year-on-year increase of 37.9%. Smartwatches now also account for 62% of the global wearable wrist market.

“Vendors are attempting to make a big generational leap in smartwatch technologies. To stand out, they are improving the fundamentals, such as user experience and battery life, creating their own distinct UIs and leveraging their respective ecosystems to draw out new and unique use cases,” said Canalys Research Manager Jason Low. “But health tracking is the most prominent use case for smartwatches. The ability to deliver cutting-edge health-tracking features and to offer users meaningful data and actionable health insights will set winners and losers apart.”