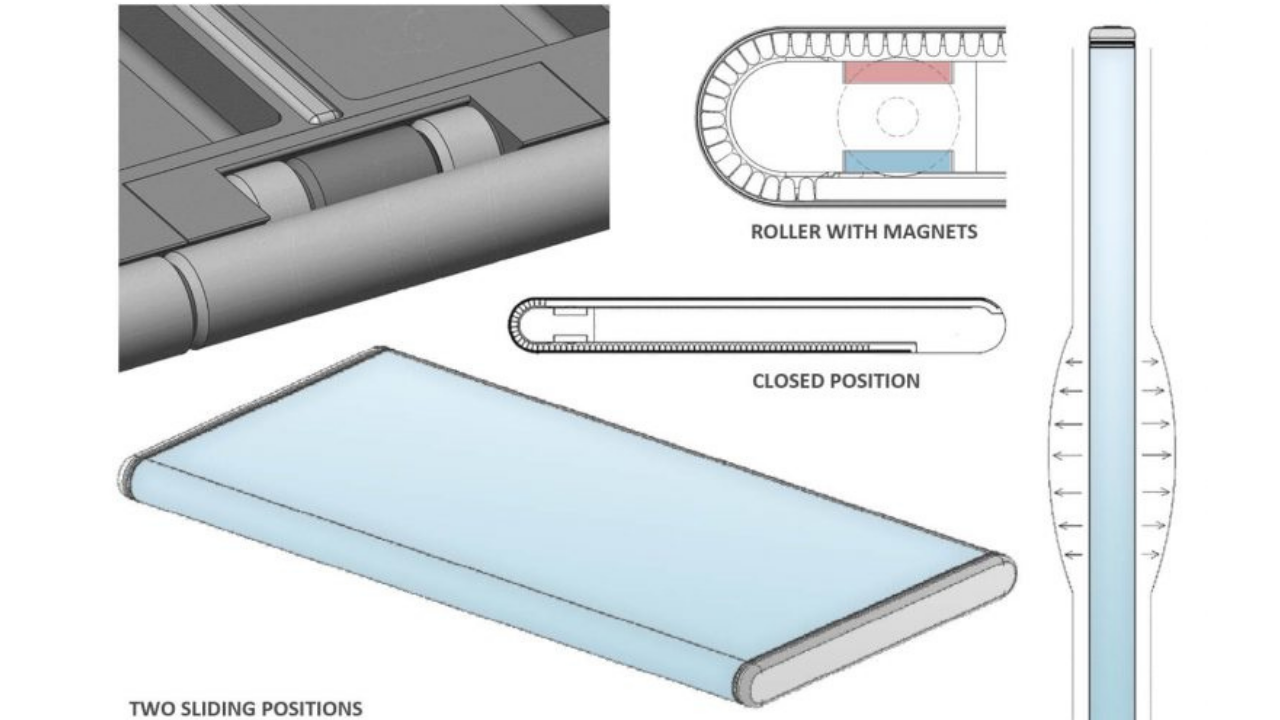 
Huawei earlier this year launched an all-new foldable smartphone, the Huawei Mate X2 with an inward folding screen. The company has recently added the Huawei P50 series, as the first smartphone that runs on the HarmonyOS developed by Huawei.

On January 31, 2021, Huawei Technologies filed a patent with the World Intellectual Property Office (WIPO) called ‘An electronic device having a rolling display comprising magnetic means for flattening the display when extracted’. The 21-page documentation was published today, August 5, 2021.

When you pull out the roll-up screen, it will want to deform – this is partly due to the fact that the screen is rolled out along the side of the device. To prevent the screen from getting creased, two magnets are placed in strategic places, so that the display is pressed flat against the device and looks wrinkle-free – regardless of whether you pull the display out.

A roller is placed between the two magnets, which is a fraction larger than the thickness of the housing – as shown in the patent image.

The Huawei rollable smartphone will be equipped with a POLED display (plastic organic light emitting diode) with a plastic base layer, such as polyethylene terephthalate (PET) and polyethylene naphthalate (PEN).

When the display is fully rolled out, the display surface will be approximately 70% larger than in its most compact form. That means you could pull out a 6.5-inch phone to a whopping 11-inch display size. You suddenly have a full-fledged tablet in your hands.