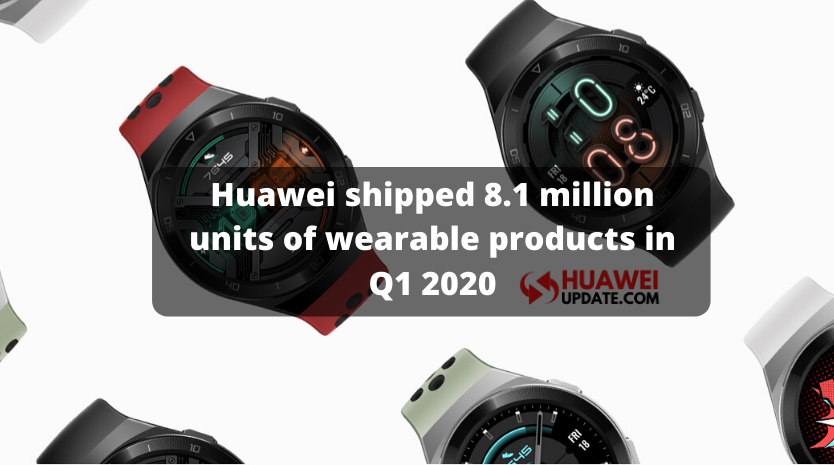 
According to the IDC (International Data Corporation) Worldwide Quarterly Wearable Device (Q1 2020) report, Apple takes the top spot with a market share of 29.3% and 21.2 million units shipped. Global shipments of wearable devices increased by 29.7% year-over-year in the first quarter of 2020.

Xiaomi became the second top wearables company in the first quarter as it shipped 7.3 million wristbands and watches. Samsung is on the third spot. Huawei and Fitbit took the fourth and fifth spots respectively.

Huawei and its subsidiary Honor managed to grow in China despite the lockdown. Even outside China, the company succeeded in growing in Europe, Latin America, and the other Asian markets.

“The wearables category was seemingly resilient to the market-suppressing forces caused by COVID-19,” said Jitesh Ubrani, research manager for IDC Mobile Device Trackers. “Consumers were clamoring for these sophisticated earpieces not only for the ability to playback audio but also to help them increase productivity, as many of them were forced to work from home and sought ways to reduce surrounding noise while staying connected to their smartphones and smart assistants.”