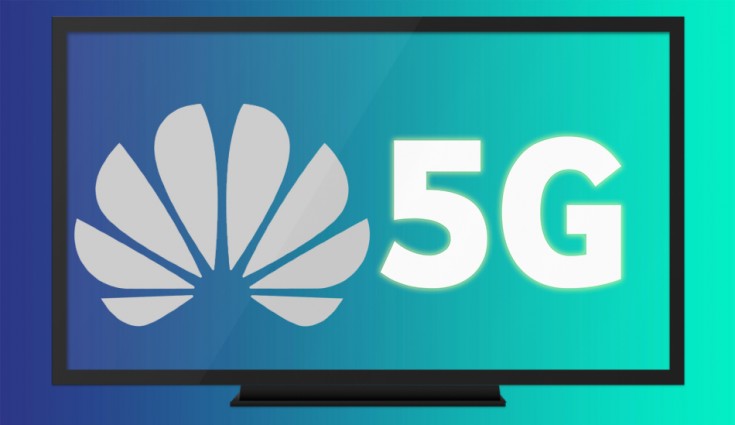 
In recent years, Huawei’s news of being a smart TV has been rumored. However, Huawei officials have never confirmed any related rumors.

However, at the recent AWE2019 (China Home Appliances Expo), Huawei’s CEO CEO Cheng Chengdong once said: “Huawei is only an enabler of the industry, not a predator of the industry. We are determined not to do traditional home appliances, but Huawei Will do some smart big screen products with TV function.”

Just yesterday, the Nihon Keizai Shimbun reported that Huawei plans to launch the world’s first 5G TV by the end of this year, and the TV will also be equipped with an 8K display.

Yu Chengdong’s statement seems to have been confirmed, but as of now, Huawei has not commented on the Nikkei News Agency’s report.

Although the development of smart phones has become the most sought-after intelligent hardware in the Internet era, from the trend in recent years, the market is almost saturated, and sales have even declined. 2017 is the first time that global smartphone sales have appeared. The decline, followed by 2018, also maintained a downward trend.

Moreover, among the top five, only Huawei and vivo shipments exceeded last year.

According to informed sources, Huawei will launch a new TV that will support 5G networks and be equipped with high-end 8K resolution displays. This display is very advanced, and the pixels are 16 times larger than the 1080 standard HD display. This TV can download 360-degree video and VR video with very large data.

Moreover, Huawei’s 5G TV will no longer need cable set-top boxes and fiber optics, because Huawei will develop 5G modems to directly transmit remote content. In addition, this TV can also act as a router for other electronic devices in the home.

There is a gap between the plan and the reality, and the feasibility is doubtful.

The Nikkei News reported that Huawei will use these 5G TVs to improve the ecosystem of its consumer electronics products, which encompass everything from smartphones to wearables.

In fact, Huawei is not the first company to try to combine 5G and 8K: Foxconn is carrying out related projects of “AI 8K+5G”, but these projects are still under exploration.

In theory, after combining a 5G network with an 8K display, a large amount of 8K data can be transmitted even without a high-speed fixed-line connection. However, it is still difficult to integrate the 5G modulator with the 8K display.

Moreover, 2019 is still too early for 5G and 8K. At present, the area in which 5G networks are put into use is limited, and the usage rate of 8K displays is not high.

The issue of profit is also a point of concern: As we all know, TV’s profit is very low, because its upgrade cycle is longer than smartphones and laptops.

Although the 5G 8K TV market will become a niche market, Huawei still has a long way to go.

In fact, if Huawei really wants to enter the 5G 8K TV market, this is not surprising.

As the world’s largest telecommunications equipment manufacturer, Huawei has a very strong strength in 5G. In the field of TV, the smart TV chips developed by Huawei’s Hisilicon Company have taken up more than half of the domestic market. Konka, Hisense, Sharp and many other TV giants all use HiSilicon’s smart TV chips.