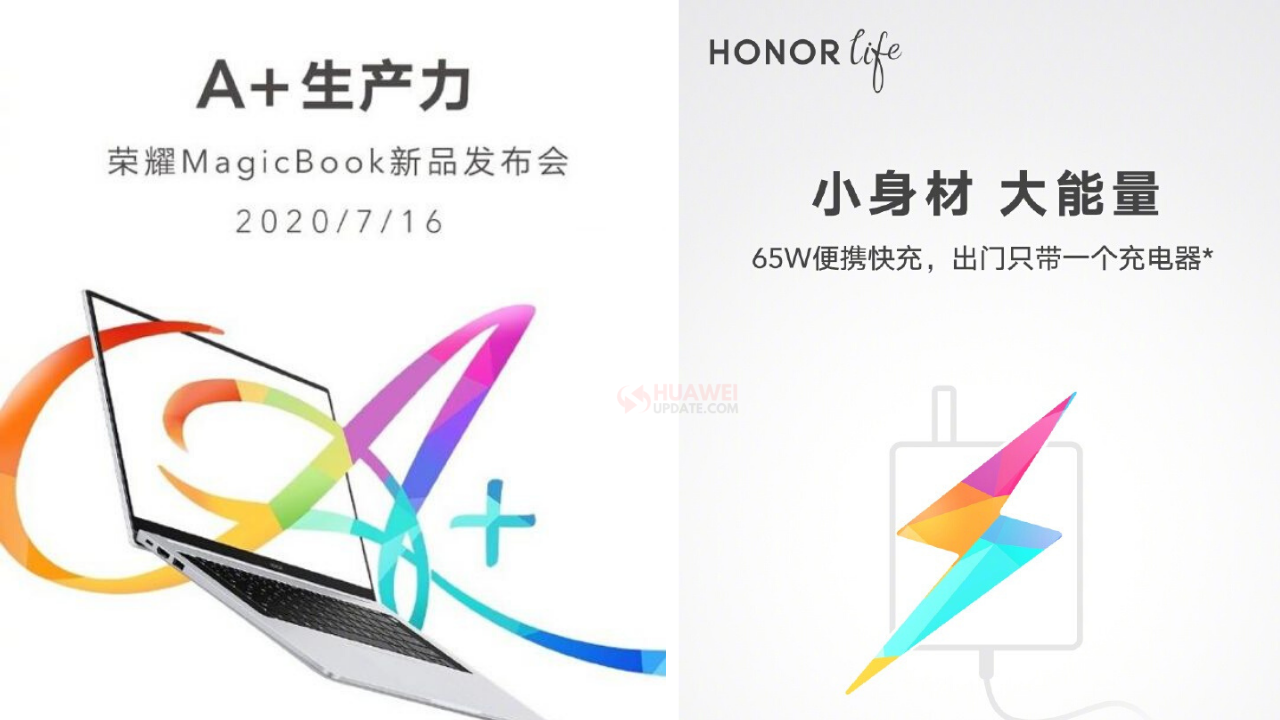 
Honor officially announced that the new Honor MagicBook series Ruilong Edition will be officially released with 65W charging and the launch date is set for July 16.  Honor says ” This time, we will bring you higher energy A+ productivity! Watch Honor live broadcast and witness together”.

On July 8th, both the companies, Honor and AMD, posted “Hi HONOR” and “Hi AMD” on the windows respectively. To recall, in previous interviews, Honor President Zhao Ming also revealed that AMD-based notebooks are about to be released.

Huawei has also released a poster and it indicates that the product will have “A+ productivity.” Although it may seem unclear what it actually means, it may refer to its ability to deal with a heavy workload, and subsequently, it may refer to the hardware performance of the notebook.