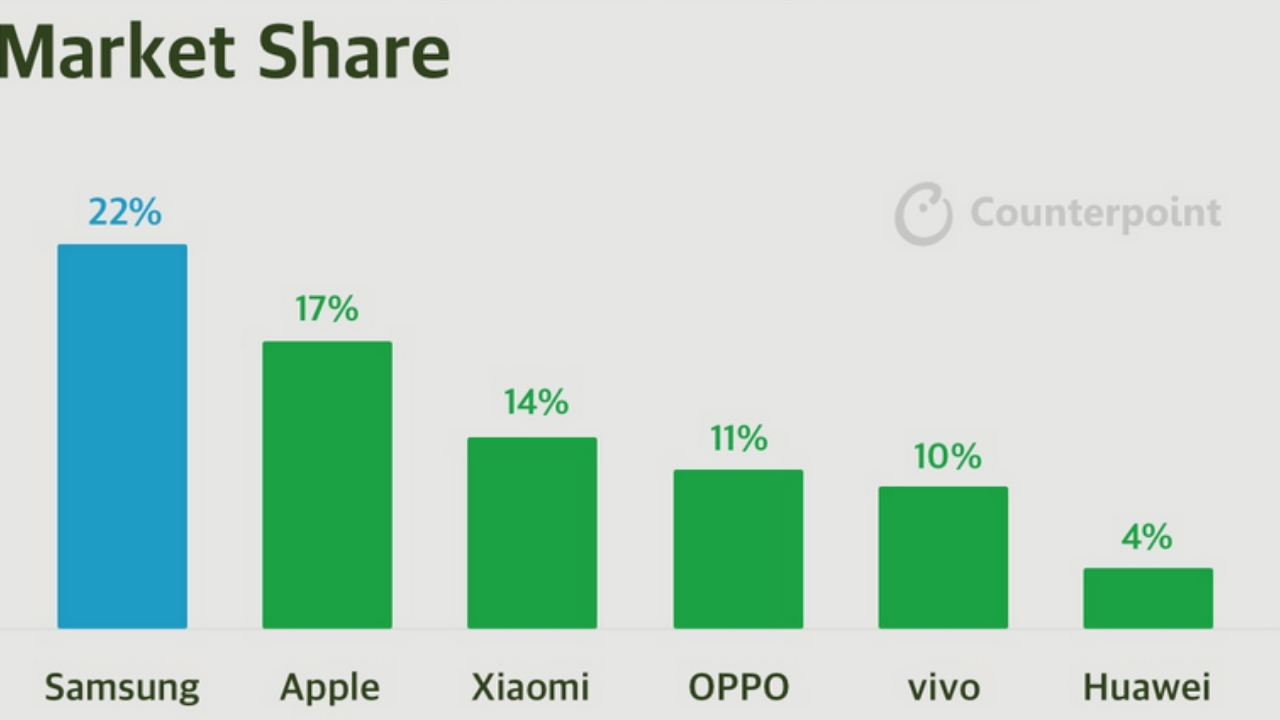 
According to Counterpoint Research, the total global shipments in the first quarter reached 354 million units, a year-on-year increase of 20% and a month-on-month decline of 10%.

The report also added that the Indian smartphone market declined in the second quarter, but Xiaomi recorded a year-on-year growth of 8% in the region , with a market share of 26%. Similarly, Xiaomi has seen substantial growth in Europe, while Apple has seen a decline. On the other hand, Huawei experienced a further decline in the region.

Due to US sanctions, Huaw/ei’s smartphone business is in crisis, and it currently has to rely on its existing chip inventory to launch new products. In addition, Huawei was previously forced to sell its subsidiary Honor, while expanding its business scope to other areas, such as the automotive industry and cloud computing-related services.