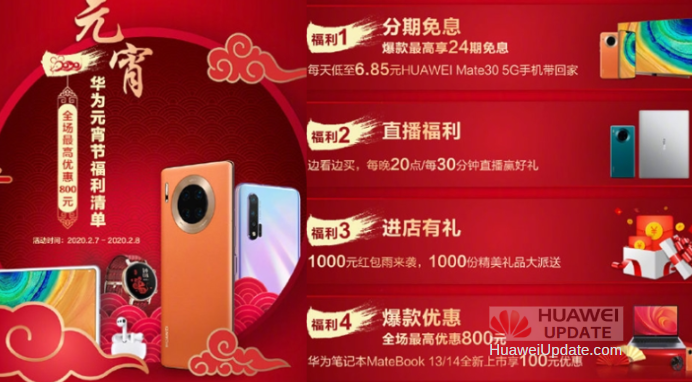 
Huawei Mall announced a maximum discount of 800 yuan for all the users, the deal has a 24 months interest-free periods. Huawei Mate 30 series mobile phones can be purchased starting from 6.85 yuan per day.

This smartphone is equipped with Kirin 990 series processors, using four Leica film cameras, two of which are 40 MP main camera, scored a total score of 121 points on the DxOMark camera, is one of the best comprehensive mobile phone cameras.