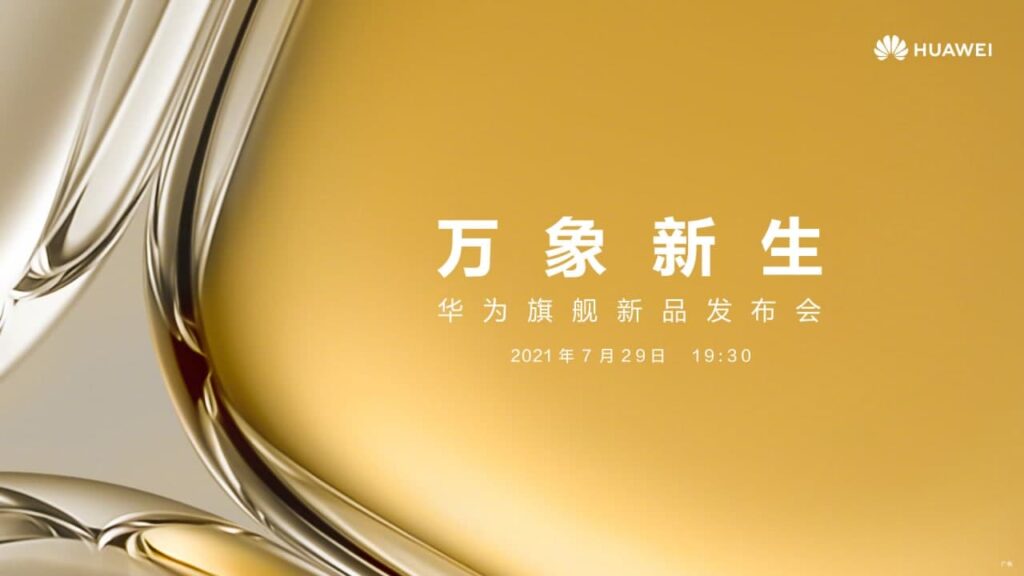 The promo image shows the rear design in gold color along with curved side corners. Combined with the currently known news, the Huawei P50 series will provide three different models: P50, P50 Pro, and P50 Pro+. The whole series will adopt a unique dual-ring camera module.

Huawei P50 will adopt a three-camera solution, in which the main camera will use the latest upgraded IMX707 sensor, and it is also equipped with an IMX600 lens, which should be ultra-wide-angle, and also has one 3x telephoto lens.

As for the Huawei P50 Pro, it went further and upgraded to a four-camera combination with specifications of IMX800+OV64A+5x periscope + new ToF sensor. The main camera IMX800 is the largest sensor in Sony’s history, with a 1/1.18-inch ultra-large bottom. With Huawei’s unique RYYB, the night shooting capability will be upgraded again and become a new generation of “night vision”.

As for the processor, it is reported that the Huawei P50 series may be equipped with Snapdragon 888 series 4G chips and Kirin 9000 5G chips.