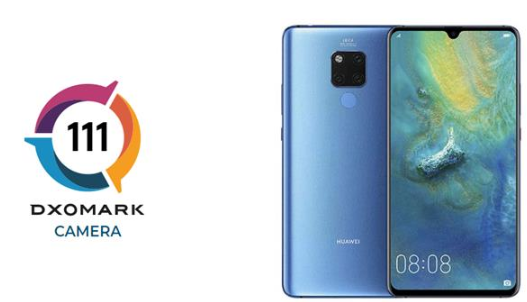 
DXOMark instantly released a camera review of Huawei Mate 20 X phone (confirmed to be 4G Mate 20 X instead of Mate 20 X 5G version). The smartphone was launched in 2018. Because its camera is similar to the Mate 20 Pro, the final score is also 1 point lower than the former, ranking 16th with a score of 111 points.

DXOMark pointed out that the Mate 20 X phone is equipped with the same triple camera configuration as the Mate 20 Pro, providing dedicated cameras for wide-angle, ultra-wide-angle and telephoto photography. Its rear camera uses a 40-megapixel 1 / 1.7-inch Quad-Bayer sensor, and its final output is 10-megapixel, with an f / 1.8 lens.

The telephoto camera has a built-in 8-megapixel 1 / 4-inch sensor, and its image output has a better resolution, which is 10 million pixels. Its f / 2.4 lens has an equivalent focal length of 80 mm, with optical image stabilization (OIS) and 3x optical zoom.

The Huawei Mate 20 X is powered by 2.6 GHz Octa core HiSilicon Kirin 980 Processor. A 6 GB of RAM will ensure phone runs smoothly even the most memory intensive applications & show no signs of lag. 128GB of internal storage will be open for expansion upto 256 GB via a microSD card.

The Phone will come with a powerful 5000 mAh battery to support it’s 7.2 inch screen with AMOLED display having a resolution of 1080 X 2244 at 346 ppi. The screen is to be protected by a Corning Gorilla Glass.