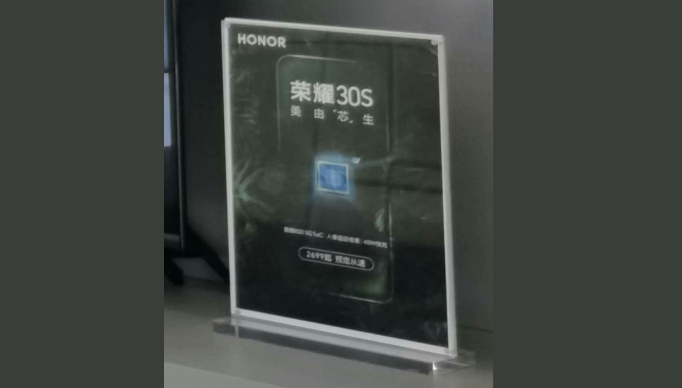 
Honor is set to launch a new smartphone, the 30S on March 30 in China. About the core specifications, it is officially confirmed that the smartphone will feature 40W fast charging. According to the previous leaks, the Honor 30S will come with a 6.26 inch LCD display, 60Hz, Kirin 820 5G processor & 3900mAh battery.