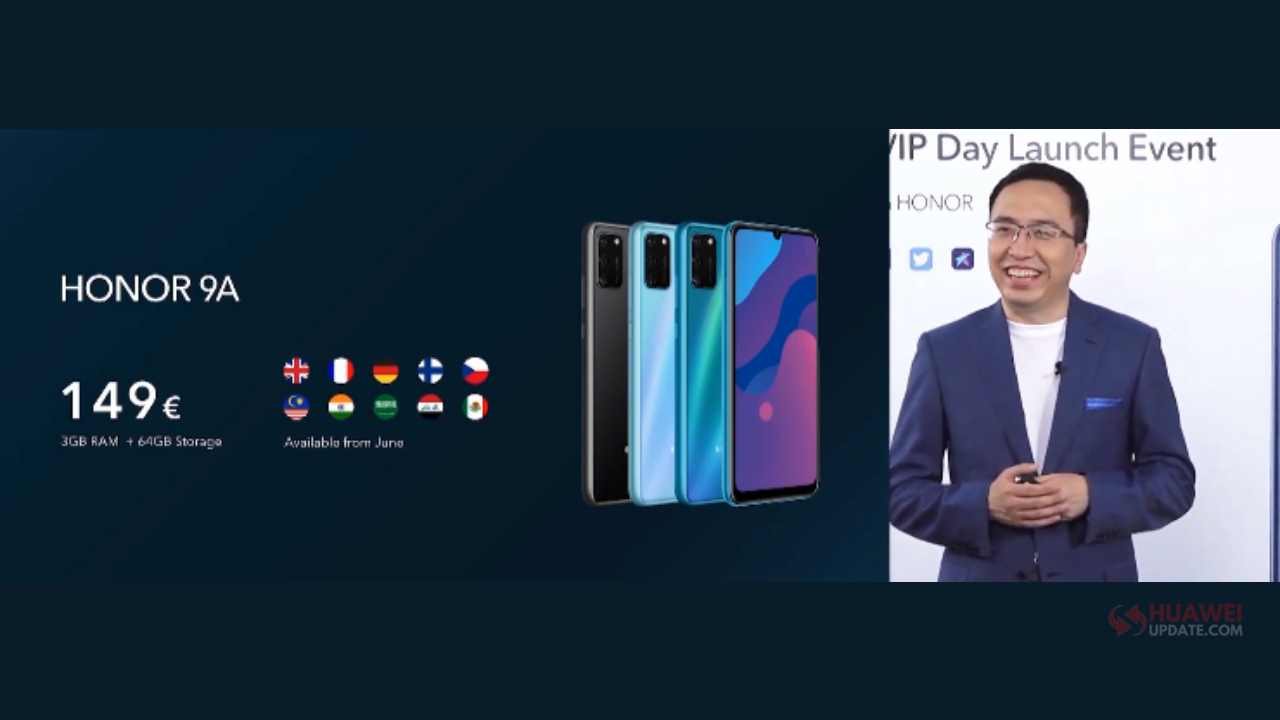 
Honor 9A was launched in Russia last month. Today, the company has officially released the Honor 9A globally, it offers 3 GB RAM and 64 GB internal storage (expandable up to 512GB). Powered by a large 5,000 mAh battery, the device features NFC and a fingerprint reader around the back. The smartphone priced at 149 Euros.

It has a 6.3-inch display with a 1600×720 pixel resolution, besides a waterdrop notch for its 8 MP selfie camera. It runs on Android 10 with Magic UI 3.1. The smartphone is powered by MediaTek Helio 6762R chipset.

Honor 9A is equipped with a 13 MP main camera, 5 MP and 2 MP at the back. It comes in three color variants — blue, Ice green, and Midnight black. The smartphone also has a fingerprint scanner on the back.