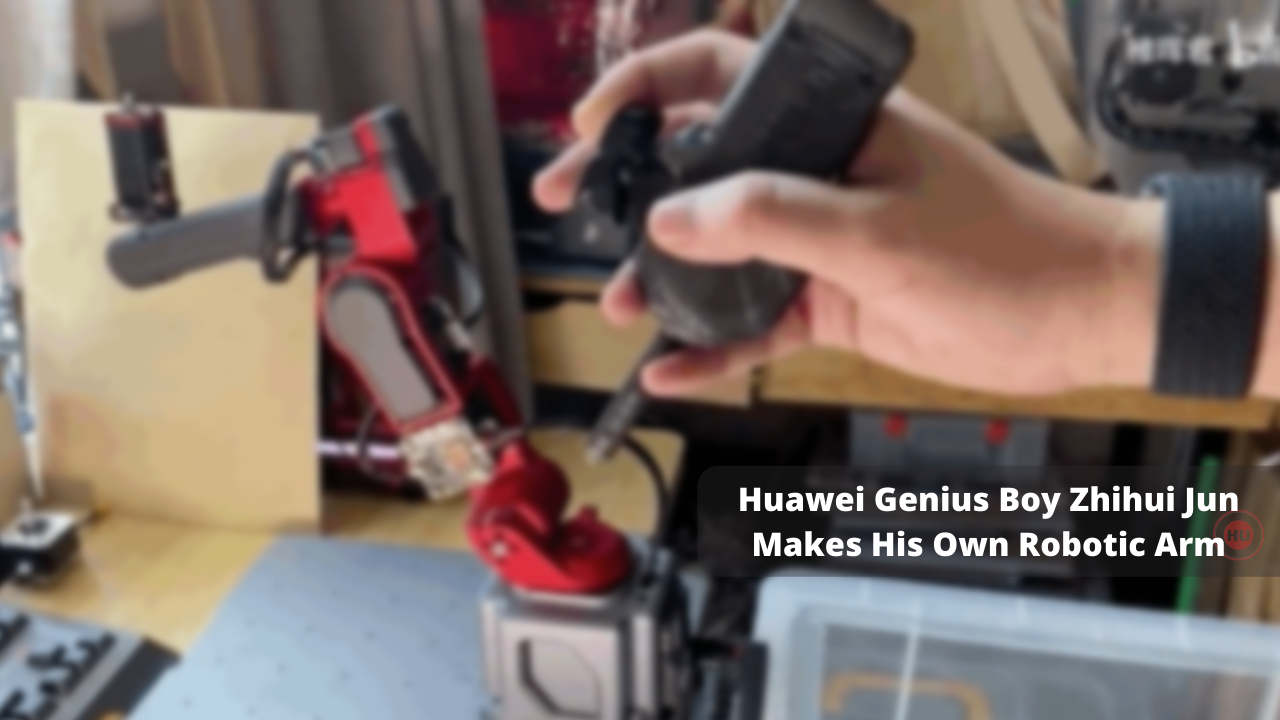 
Huawei recruited 8 “genius teenagers” in the past year, and news with a starting salary of one million rushed into hot searches. In the following two years, the talented teenager’s program continued to recruit. It is still from the talented young man Zhihui Jun from Huawei or the most complicated kind of projects he has done so far. This Huawei Genius Boy Zhihui Jun makes his own robotic arm. Let’s explore deeply.

After the “grape bandaging”, it originally split into a small mouth, and became like this:

All the above processes can be done remotely and in real time. Its name is also very interesting-it’s called Dummy.

But after all, Zhihui Jun, who has the aura of “Wild Iron Man at Station B”, said that this is his most complicated project (takes 4 months), and the degree of hardcore is definitely more than that. The real situation is – this robotic arm is all made by Zhihui Jun, both inside and out!

In addition to the “force feedback gripper”, if it is replaced with a different effector, the results that can be achieved will also be different:

And all of the above shows are-synchronized reality! In addition, Zhihui Jun also made many different ways of interaction. For example, combined with more cutting-edge technology, augmented reality (AR)-the real “where to play”.

There is also a way to open it through the teach pendant. And this teaching device is also from the hand of Jun Zhihui, in his words: Wherever there is me, there is a screen.

This is the wireless smart terminal designed by Zhihuijun, and it is also the “companion” of this robotic arm.

It can be connected to the robotic arm through low-power Bluetooth and non-inductive connection, and after the connection, it can display various status information of the robotic arm in real time and switch various functions. Of course, Mr. Zhihui also made a more “Yangjian” graphical method.

This cool-looking “hand” is a small, high-precision 6-axis robotic arm.

On the whole, the construction of the robotic arm is mainly divided into four parts: the robotic arm design, closed-loop servo, controller and spatial positioning device, which correspond to the torso, heart, cerebellum, and eyes of the robot, respectively.

Of course, the design here is not so easy. There are more than 150 editions of the manuscript alone:

Among them, the CNC part was made by Zhihui Jun, the UP master @XIKII who “has a factory in the house”. All 8 metal parts took a total of half a month. The final appearance is designed by Aunt Jiang (China Red & Iron Man Red), not to mention it looks pretty.

Specifically, the software includes FOC algorithm, absolute value encoder & PID algorithm, CAN bus communication protocol and other parts. In hardware, in addition to the selection of materials such as motors, it also includes details such as heat dissipation.

Generally speaking, the robot arm will use a brushless servo motor, but here it is indeed relatively large.

As Zhihuijun wanted to make a relatively small manipulator, he finally adopted a stepper motor with a zero-backlash harmonic reducer. The single driving effect looks like this:

Since it is a 6-axis, in the end, 6 stepper motors + 6 harmonic reducers are used as a whole, and the software design forms the “heart” of the robotic arm.

Finally, there is the spatial positioning device, that is, the “eyes” of the robotic arm, which are used to allow the robotic arm to “see” and operate the tasks that need to be completed.

This includes our common binocular vision algorithm, AHRS system and force sensor system, etc., which are all completed in this step.

That’s right, the robotic arm designed by Zhihuijun is not just a simple operation of “input tasks and complete”, but an “intelligent manipulator” that can truly receive tasks from multiple angles and process them in real time.

Simply put, it is to use binocular vision algorithm to recognize, and then use AI algorithm to implement operations such as pose estimation:

After being mounted on the robotic arm, the “hand” can complete a series of complex operations according to human actions (the controller is modified from the PS5 handle):

Of course, after operations such as software de-shake, remapping of motion range, and strong torque enhancement, the robotic arm can perform operations with higher precision than hands (good news for hand-shaking players).

Finally, the software algorithms and hardware of these parts are assembled and debugged:

Cost control within 10,000. As we all know, the price of robotic arms will rise with the improvement of accuracy.

The project made this time is actually a birthday gift from Jun Zhihui to himself.

I wish my sincere birthday wishes~

Project address (to be sorted):

A few days ago, Zhihui Jun released a video ” I made my bicycle into automatic driving ” at station B , which caused heated discussions across the Internet.

After setting up the “virtual accessories” on the computer, Zhihuijun started to operate, some components are processed by metal, some are 3D printed, structural parts assembly, circuit integration, and software adaptation are completed. This is how a brand new self-driving bicycle is completed.