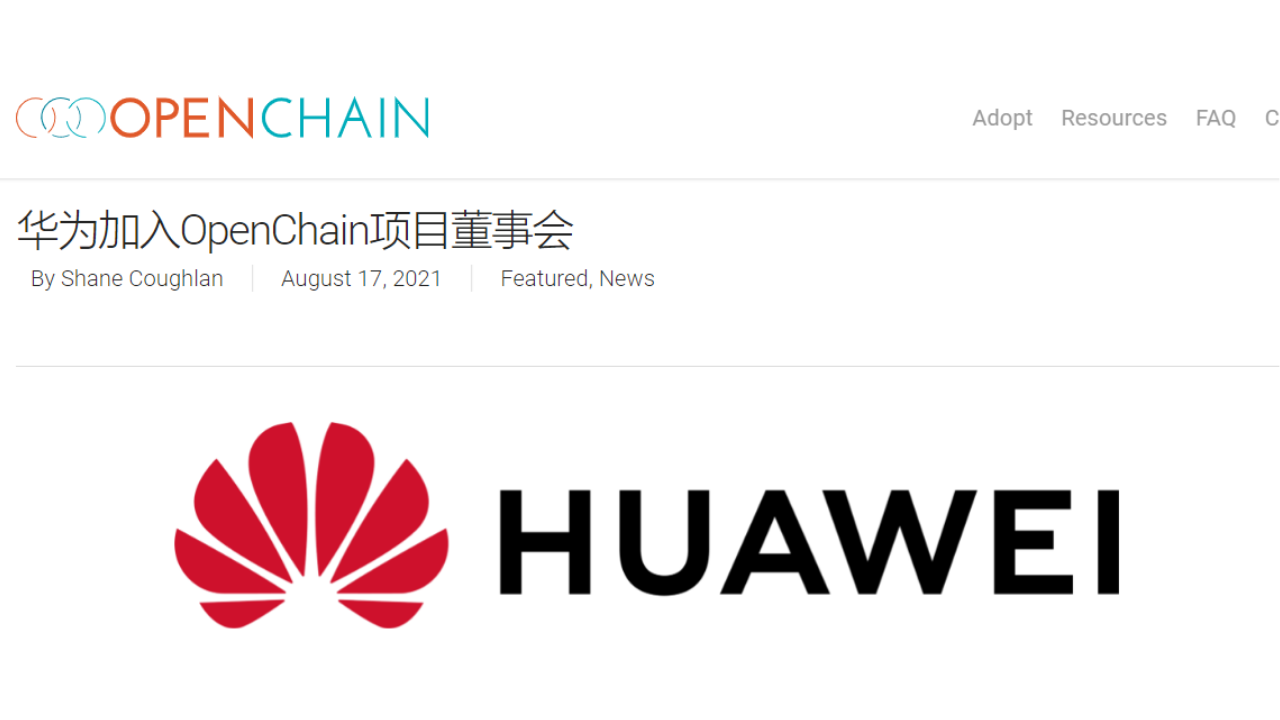 
OpenChain officially announced on August 17 that Huawei has joined the board of directors of the OpenChain project as a platinum member. Huawei will work with Qualcomm, Google, Siemens, Toyota and other 20 other global companies to coordinate the open source software supply chain to support the ” OpenChain ISO 5230 ” international standard formulated for high-quality open source software compliance .

“China is now an innovation center for a variety of technologies, including open source technology.” Shane Coughlan, General Manager of OpenChain, said: “Huawei’s leadership in the open source field has helped this field build a bridge on a global scale. The decision to join the board of directors of the OpenChain project further proves this point and will play an important role in the process of elevating the OpenChain ISO 5230 standard to a higher level. This will benefit every company that uses open source. This It is a common cause that we both excite and respect.”