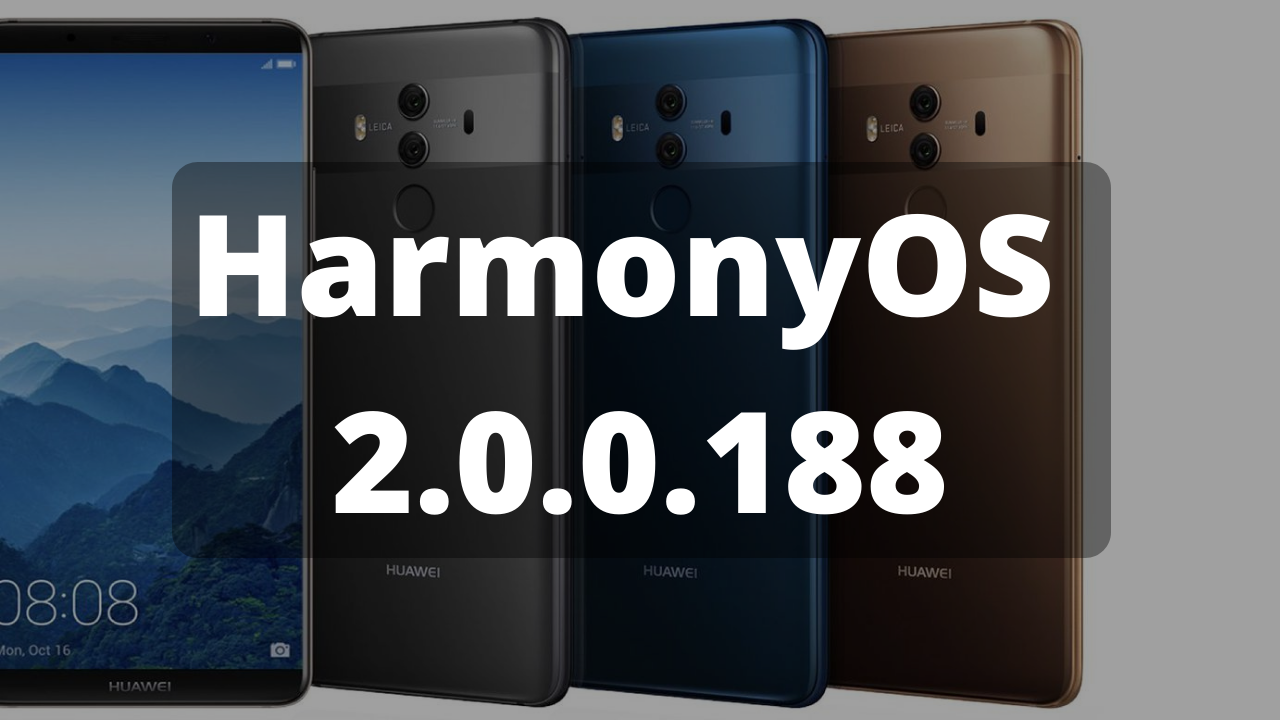 
Huawei Mate 10, Mate 10 Pro, and Mate 10 Porsche Design getting the HarmonyOS 2.0.0.188 update and it is rolling out to those users who have selected in the first closed beta registration 2000nolog. This update incorporates security patches to enhance the security of the mobile phone.