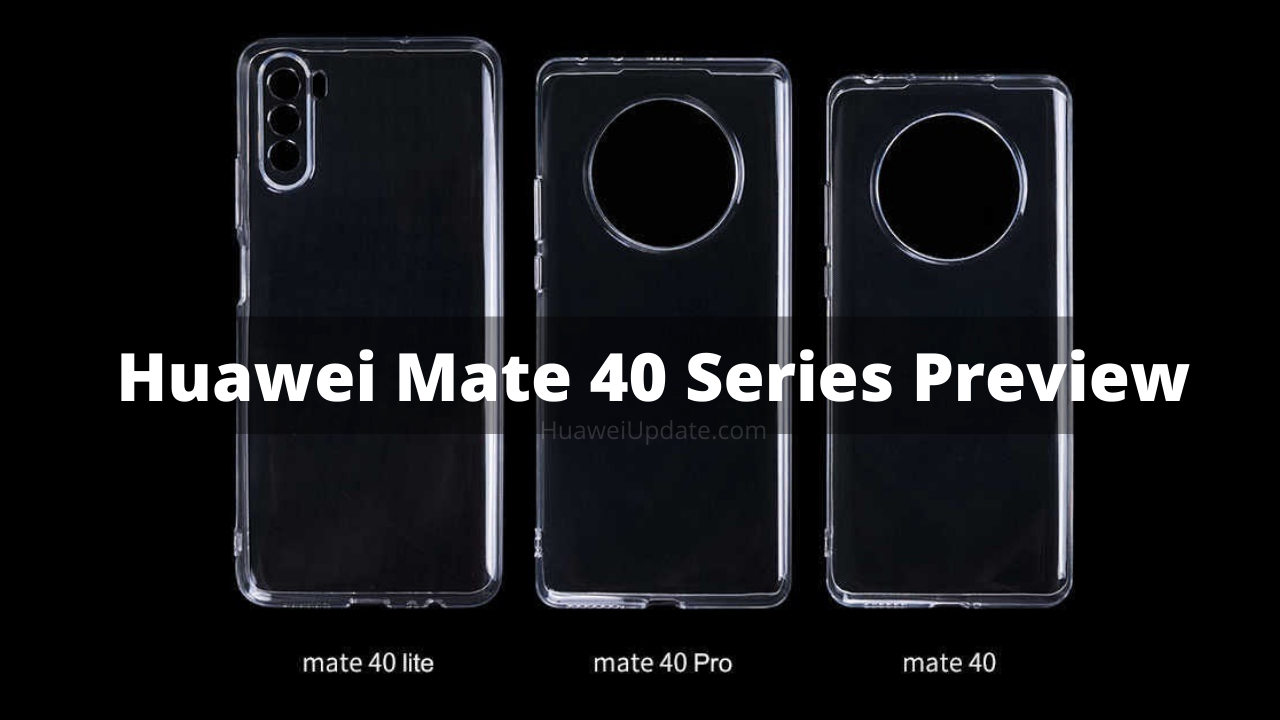 The Huawei Mate 40 and Mate 40 Pro phone cases have been leaked that indicates at the rear side of the smartphone the company will use the same structure as the Mate 30 Series “Oreo Shaped”.  It also includes a 3.5mm headphone jack, USB-C interface, microphone, speaker, etc.

According to current information, the phone models of Huawei Mate 40, Mate 40 Pro and Mate 40 Pro + are OCE-AN00, NOH-AN00 and NOP-AN00 respectively. These all smartphones have passed the network access certification of the Ministry of Industry and Information Technology and also grabbed EEC certification (The Mate 40 series will launch in European Market).

Huawei Mate 40 series will be equipped with the new Kirin 9000 series processors, of which the Mate 40 Pro may be equipped with a 6.4-inch dual-punch hole waterfall screen and a rear Leica quad camera. Recent reports suggest that Huawei stocks 10 million Kirin 9000 chips for it.

According to the Weibo tipster (DigitalChatStation), both the smartphone from Mate 40 series (Huawei Mate 40 and Mate 40 Pro) will have curved edge waterfall displays from both sides and also the screen sizes are different.

However, a previous report suggests that the Mate 40 Pro will come with a 6.7-inch display. Both Mate 40 and Mate 40 Pro features a pill-type punch-hole display. The Huawei Mate 40 may also be available in 8GB/128GB, a 12GB/256GB storage variant.

In terms of software, Huawei Mate 40 Series will be pre-installed with EMUI 11 based on Android 11 and Huawei Mobile Services (HMS).