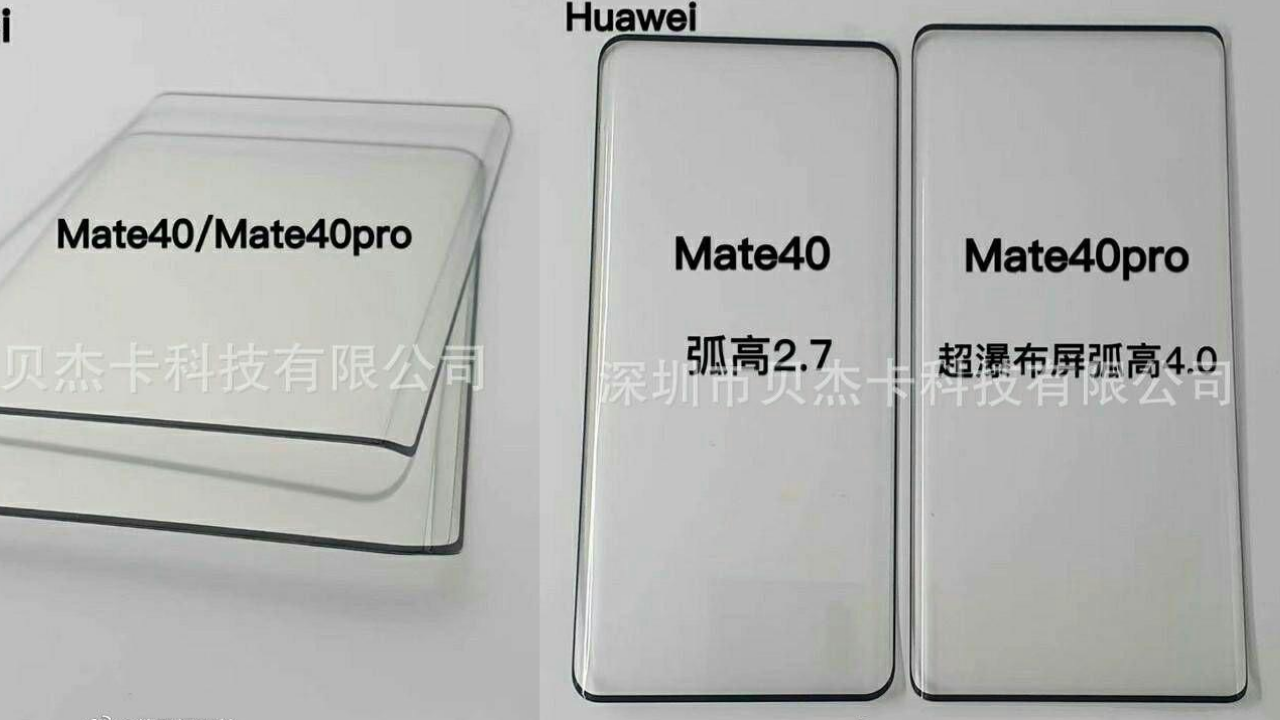 
Huawei Mate 40 series is rumored to be launched in October or November this year with the next-generation Kirin 9000 chipset. The Mate 40 series will be the first device to launch with the company’s next Emotion UI – EMUI 11.

According to the Weibo tipster (DigitalChatStation), both the smartphone from Mate 40 series (Huawei Mate 40 and Mate 40 Pro) will have curved edge waterfall displays from both sides and also the screen sizes are different.

However, a previous report suggests that the Mate 40 Pro will come with a 6.7-inch display. Both Mate 40 and Mate 40 Pro features a pill-type punch-hole display. The Huawei Mate 40 may also be available in 8GB/128GB, a 12GB/256GB storage variant. This time there will be no 6GB RAM option.

The Mate 40 series are coupled with slim bezels and an extra-wide punch hole for the two selfie cameras. There is oreo shaped camera at the backside consisting of three or quad cameras.