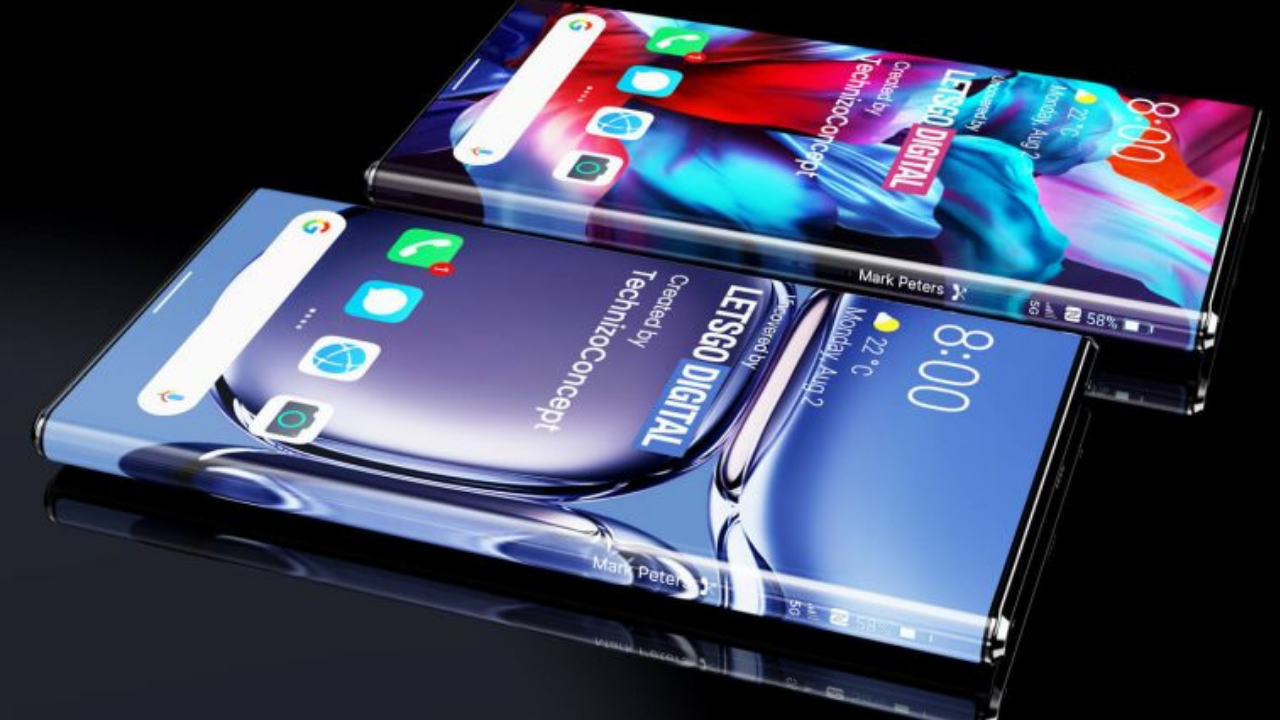 
The LetsGoDigital website shared a new design of the upcoming Huawei Mate 50 Pro. It is a kind of renewed, extra advanced variant of the Huawei Mate 30 Pro and the Mate 40 Pro launched last year.

Huawei Technologies filed the United States Patent and Trademark Office (USPTO) in March 2019. The patent was published on July 15, 2021, under the name ‘Mobile terminal’. The 23-page documentation describes a Huawei smartphone with a strongly rounded display. This is called an ‘Arc display’ by Huawei – or an arc-shaped display.

According to the patent information, it is a Huawei phone with a super-curved display. The screen runs on the sides in an arc shape (arc), with the device being half thinner on the side, than at the thickest point. The sides of the screen are provided with touch controls that is suitable for games.

To get a better idea of ​​the design of this mobile phone, graphic designer Technizo Concept has made a series of 3D product renders in collaboration with LetsGoDigital, based on the patent illustrations of Huawei Technologies. The video below was also designed by the Technizo Concept.