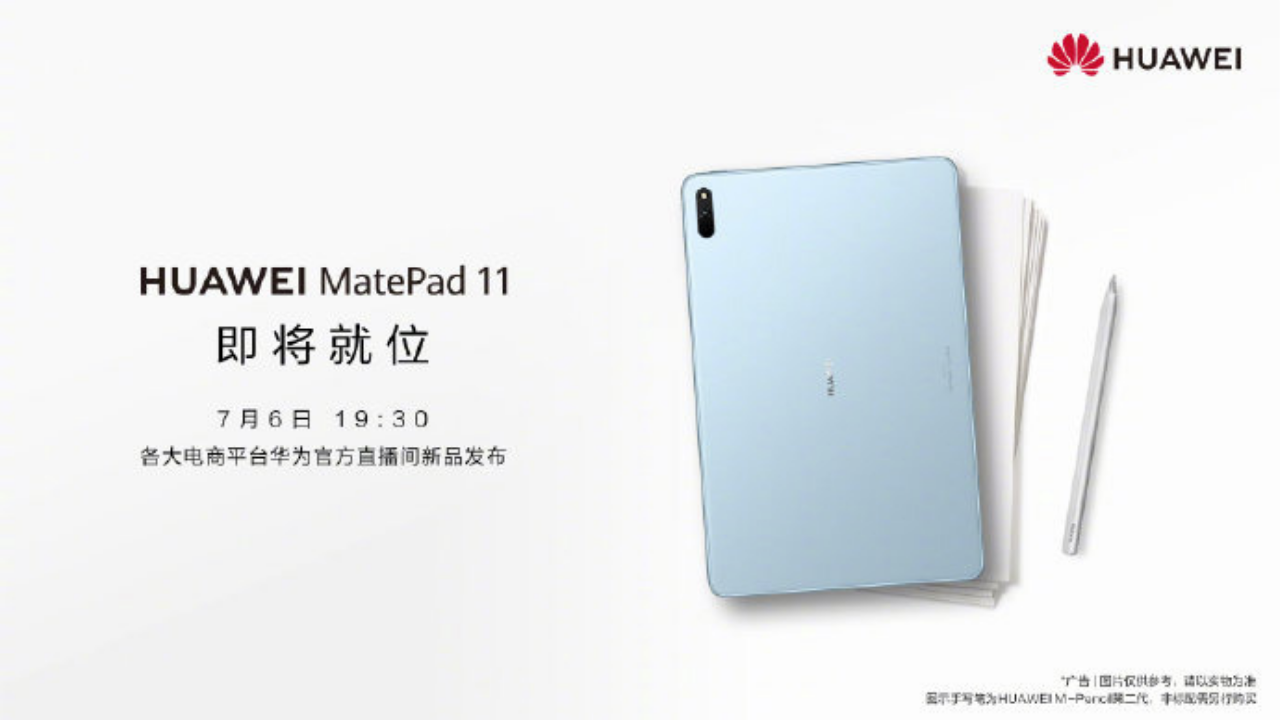 
Huawei has officially announced that it will release the Huawei MatePad 11 tablet at 19:30 on July 6. The tablet will be equipped with the HarmonyOS 2 operating system.

At the “HarmonyOS 2 and Huawei All-Scenario New Product Launch Conference” in June, Huawei first released Huawei’s flagship tablet equipped with HarmonyOS 2-the new generation of Huawei MatePad Pro. In addition, Huawei also warmed up the 11-inch Huawei MatePad at that time. The tablet has already been put on shelves in markets such as Germany but has not yet been officially released.

There are four color versions in mainland China. There are only three colors overseas. 64GB has black and silver, 128GB has black, silver, blue, 256GB has green and black, and supports up to 1TB expansion. The Huawei MatePad 11 is equipped with Huawei Harmony OS 2 system. T

In addition, the “Huawei Experience Store Go” showed that Huawei MatePad 11 is priced at 2,499 yuan.