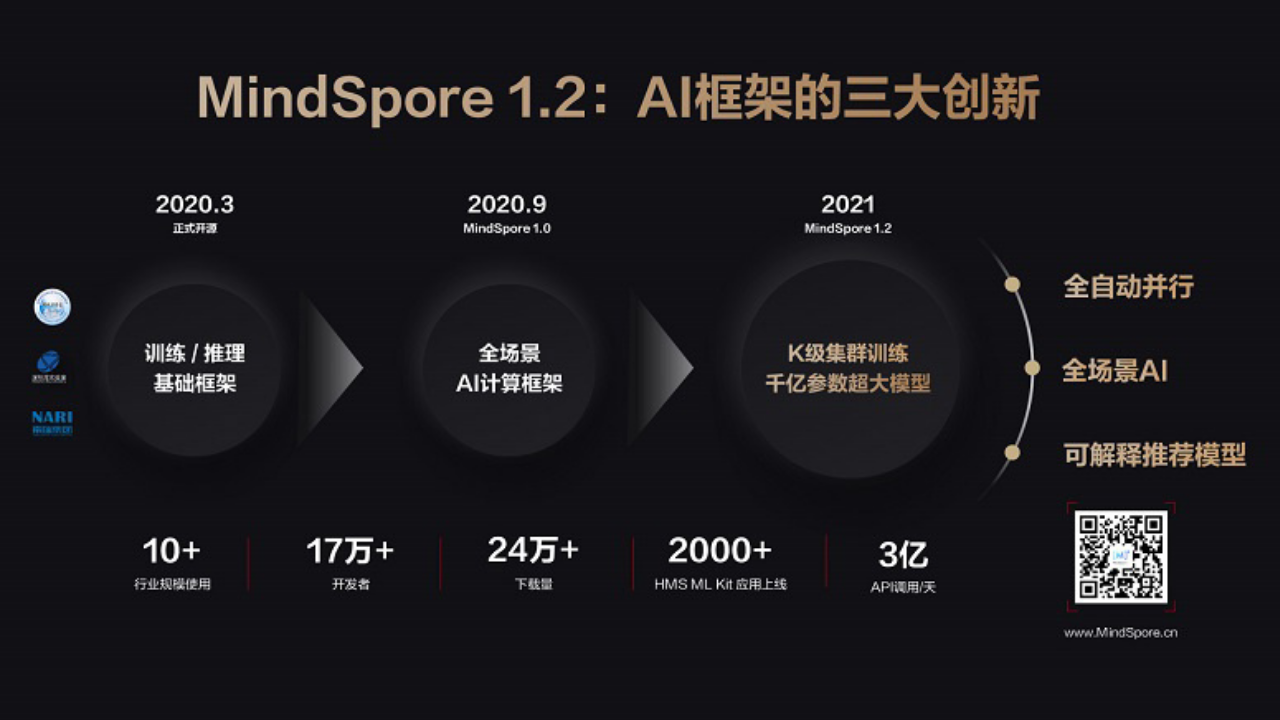 MindSpore has realized the rapid application, efficient operation and effective collaboration of hardware devices in different scenarios of cloud, edge, and end. Through the full-scenario AI capability, the recognition rate of Huawei Watch GT’s wrist lift has been increased by 80%, the delay is less than 5ms, and the model is less than 1KB.

Back in March 2020, Huawei’s MindSpore Chief Scientist Chen Lei announced at the meeting that Huawei’s full-scenario AI computing framework MindSpore was officially open source. The company’s official data shows that since the open-source, the MindSpore community has more than 170,000 developers, with more than 240,000 software downloads, and it is used in more than 10 industries.