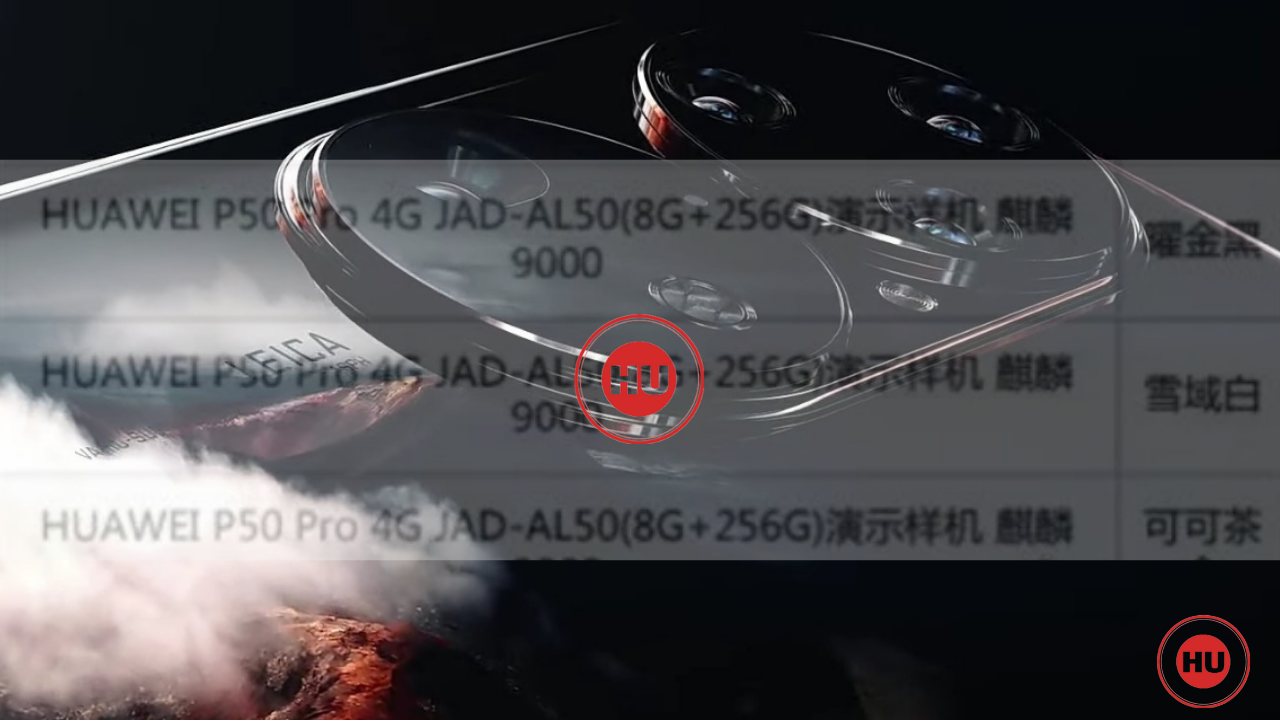 
On July 29, Huawei will launch the most awaited P series smartphones – P50, P50 Pro, and P50 Pro Plus. Ahead of the official debut, the P50 series phones specifications are surrounding on the internet.  Today, a Weibo tipster, Factory Fans revealed that Huawei’s P50 series offline displays are ready, but the number is not large.

In the afternoon, some leakers exposed the list of Huawei P50 series demonstration prototypes. Among them, it was shown that Huawei P50 Pro (JAD-AL50) will launch a 4G model, equipped with Kirin 9000 chip (4G version), with an 8GB+256GB storage combination, and there are at least three colors of Black, Snow White, and Cocoa Tea.

Previously, it was reported that the Huawei P50 and P50 Pro models will mainly push the 4G version. The 5G version may have relatively small stocks, but the performance and configuration of the two should not be too much. The difference, the experience is roughly the same.

As for the top version of Huawei P50 Pro+, it is reported that the phone may be postponed. After the P50/P50 Pro is first launched, they will be listed separately. The news is that the phone is expected to become the highest-produced Huawei flagship machine in China so far.