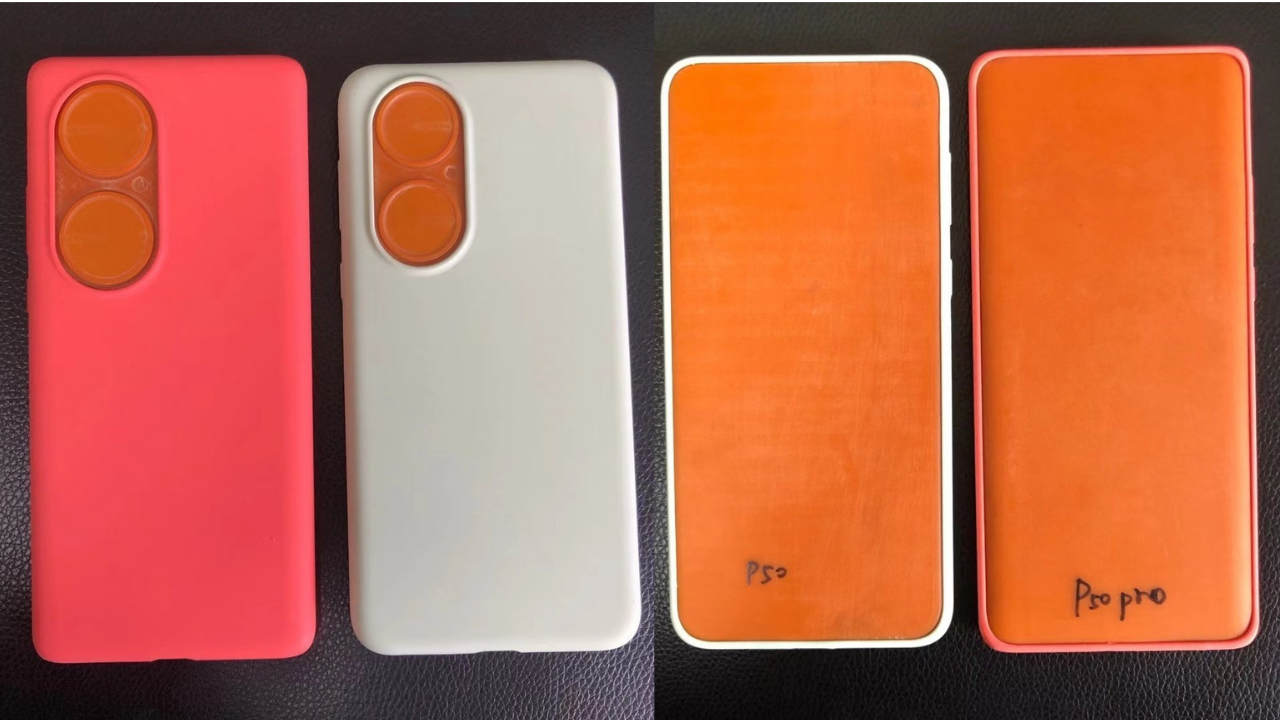 
As per the recent information, the Huawei P50 series launch is postponed and it is said to be unveiled next month. At present, there are multiple versions of the renders of the Huawei P50 series. The front is almost the same, and the camera module is a big difference.

Now, Twitter tipster, @RODENT950 shared the protective case of the Huawei P50 series. Judging from the leaked case pictures, the Huawei P50 series has two versions, P50 and P50 Pro. The front side adopts a full-screen design, while the rear camera shows a double-ring design.

Based on the current information, the Huawei P50 series will use the top center-punch-hole screen, and the screen curvature is not very large. The rear camera module adopts a round shape similar to Huawei’s nova 8 series.

In terms of configuration, Huawei P50 series will be equipped with the latest Kirin 9000L/9000E/9000 processors. The camera is the biggest highlight of the phone, not only will be equipped with a liquid lens but also is expected to debut Sony’s largest ever mobile phone CMOS sensor IMX800.