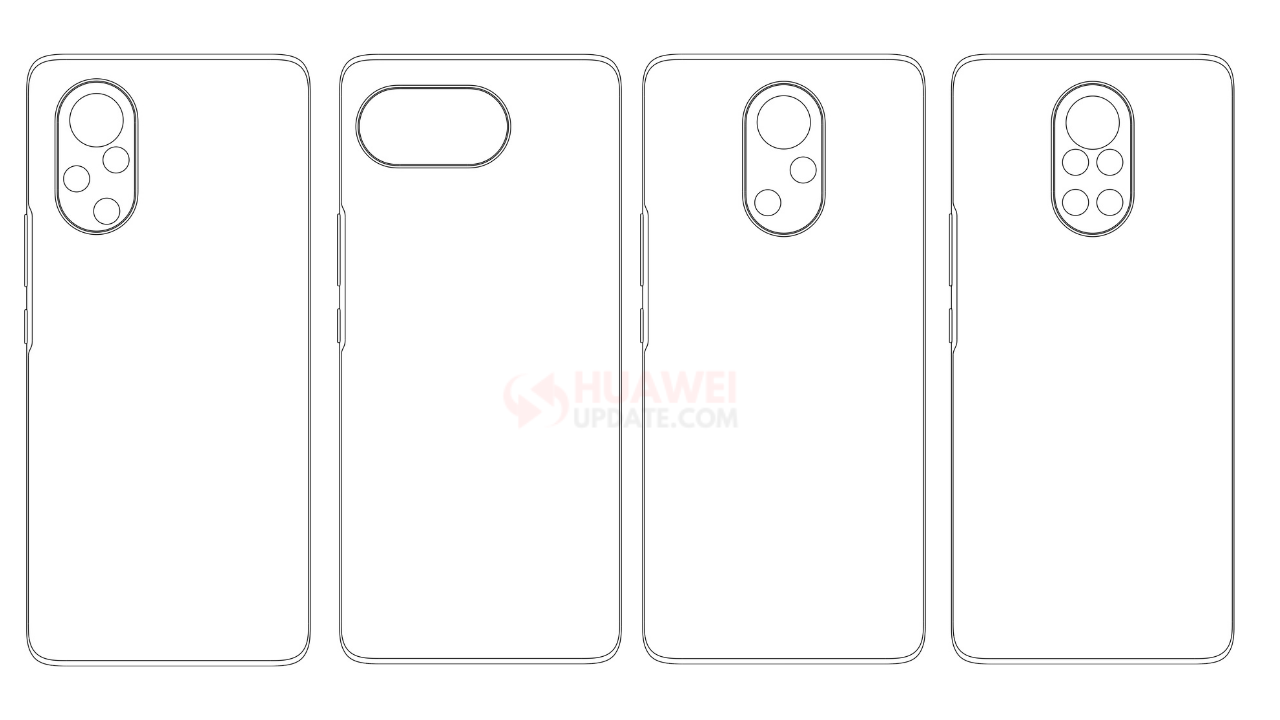 
According to the latest information, Huawei disclosed four mobile phone appearance patents, and the patent application time is July 10, 2020. As per the patent image, Huawei has applied for four different mobile phone camera module designs, and the front appearance is basically the same, using a centered perforated full screen.

In addition, these four appearance patents have many similarities in the design of the leaked Huawei P50 series. They all use a long oval-shaped rear lens module, and the front camera is centered.