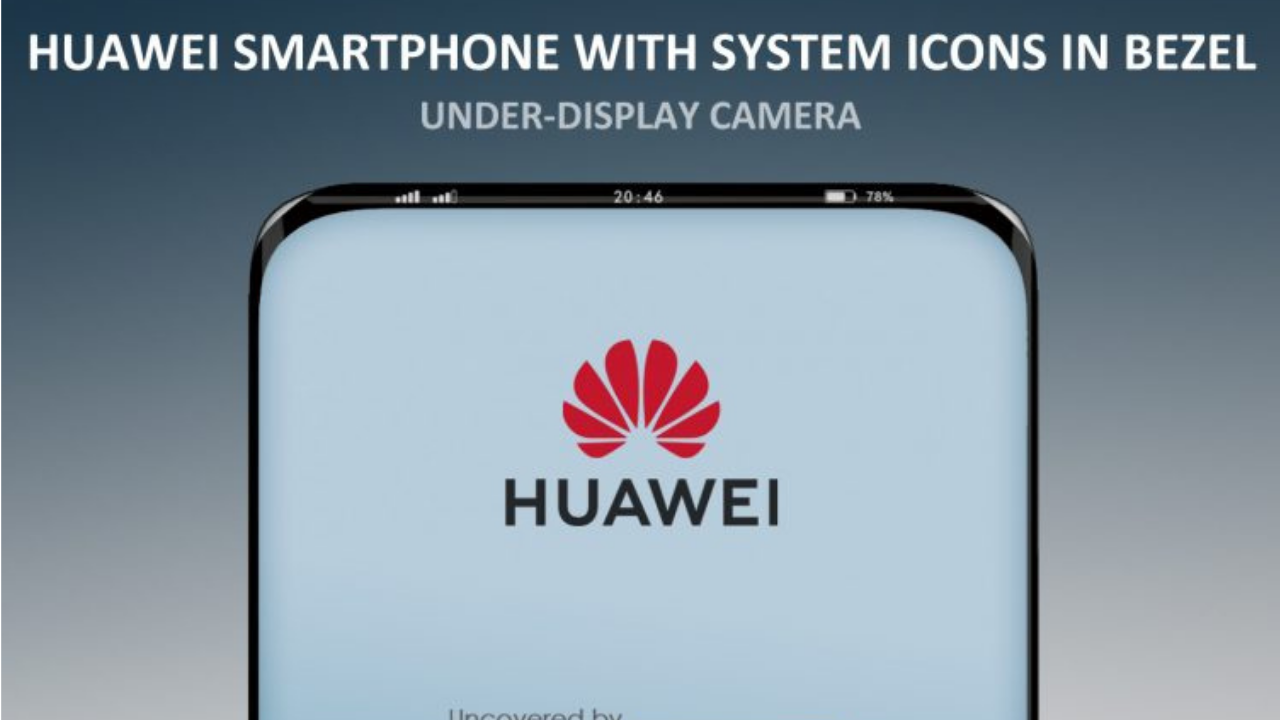 
According to the patent discovered by LetsGoDigital, the device is an extremely modern designed smartphone with very thin screen edges and a quad-curve display. Chinese smartphone manufacturer Huawei has patented a new smartphone with an under-screen camera.

This design was filed by Xiaomi back in May 2020 with the CNIPA (China Intellectual Property Administration) and was recently published.

In this patent, Huawei uses the top bezel to display all standard system icons, such as the time, battery indicator and the strength of the network signal. Two network signal icons are displayed, indicating that it is a dual-sim phone. By placing these system icons so high on the phone, a relatively large screen surface is left for displaying other content.

There is selfie camera is visible in the images so it is cleared that it will be placed below the screen. Unfortunately, it is not exactly clear from the brief documentation on how the company wants to apply this technology, it seems that a narrow sub-display is used for this, with an extra high light transmission. The sub-display is placed directly above the main screen and also displays the system icons in the bezel.

Also, the screen gets four corners and the back is also uniquely designed. As far as the camera concern, it will use a quad camera, which is placed in a square arrangement, with the flash directly underneath. This Huawei smartphone will also be equipped with a telephoto lens. Huawei already has a few models in the range with a large zoom lens, including the Huawei P40 Pro Plus and the Mate 40 Pro Plus.

Thanks to the rounded corners, this design seems to suit the P-series more. The Huawei P50 series will be unveiled around March, the Mate 50 series is not expected until October.