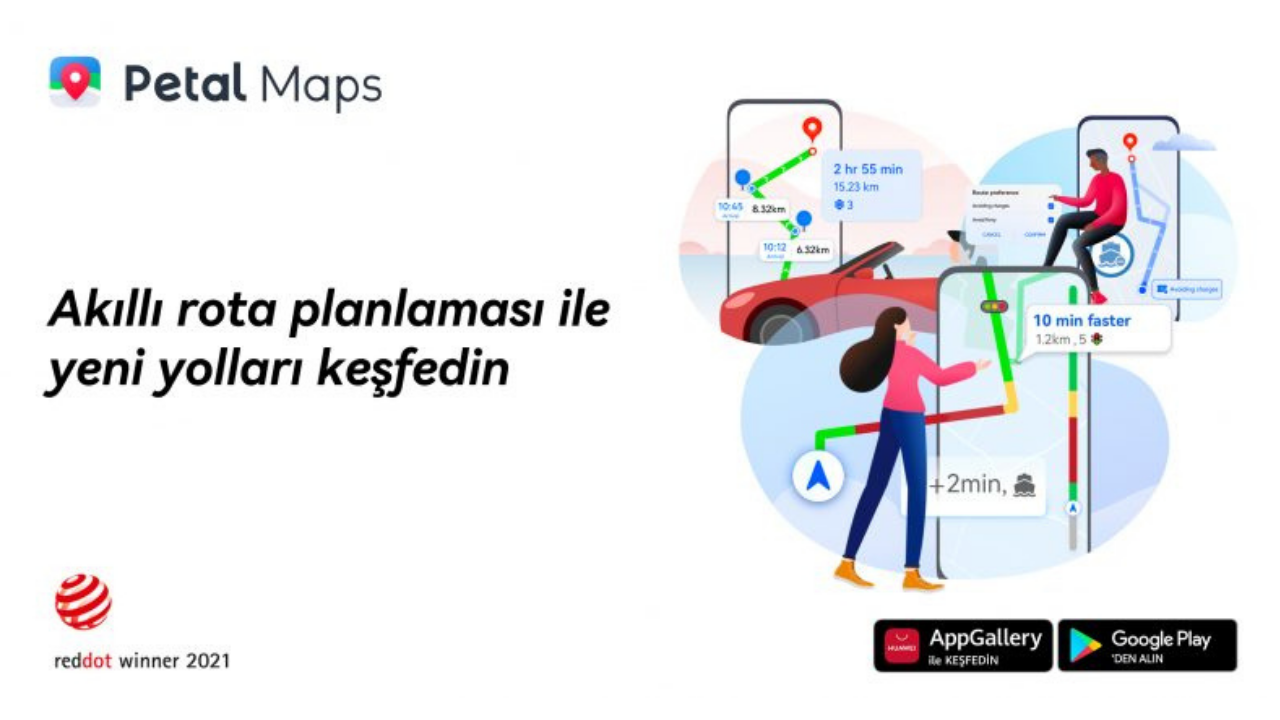 
According to the official information, Huawei Petal Maps won the Red Dot Design Award with its new update. With the award, the company released a new improvement and feature update of the impressive mapping system.

Petal Maps’ latest award from the Red Dot Design Awards, considered the highest honor in industrial design in the Brands and Communication Design category, demonstrates how the impressive features of navigation apps make travel as easy as possible for users around the world have received wide international acclaim.

As we know that since its official debut, the Huawei Petal Maps continues to offer users a better, differentiated, and localized experience with a host of new features. The latest update includes new personalized route planning, giving users more possibilities to meet their needs.

Allen Yao, Turkey Country Manager of Huawei Consumer Electronics Group, said, “We are honored that Petal Maps has been deemed worthy of the Red Dot Design Award. Such a prestigious award is a true testament to the hard work the Huawei team put into making such a successful navigation tool. Our latest Petal Maps update has made it the best supportive travel tool for our users, thanks to its new features. “With new personalized route planning and an additional 14 languages ​​now available, Petal Maps is also available to millions of users worldwide.”