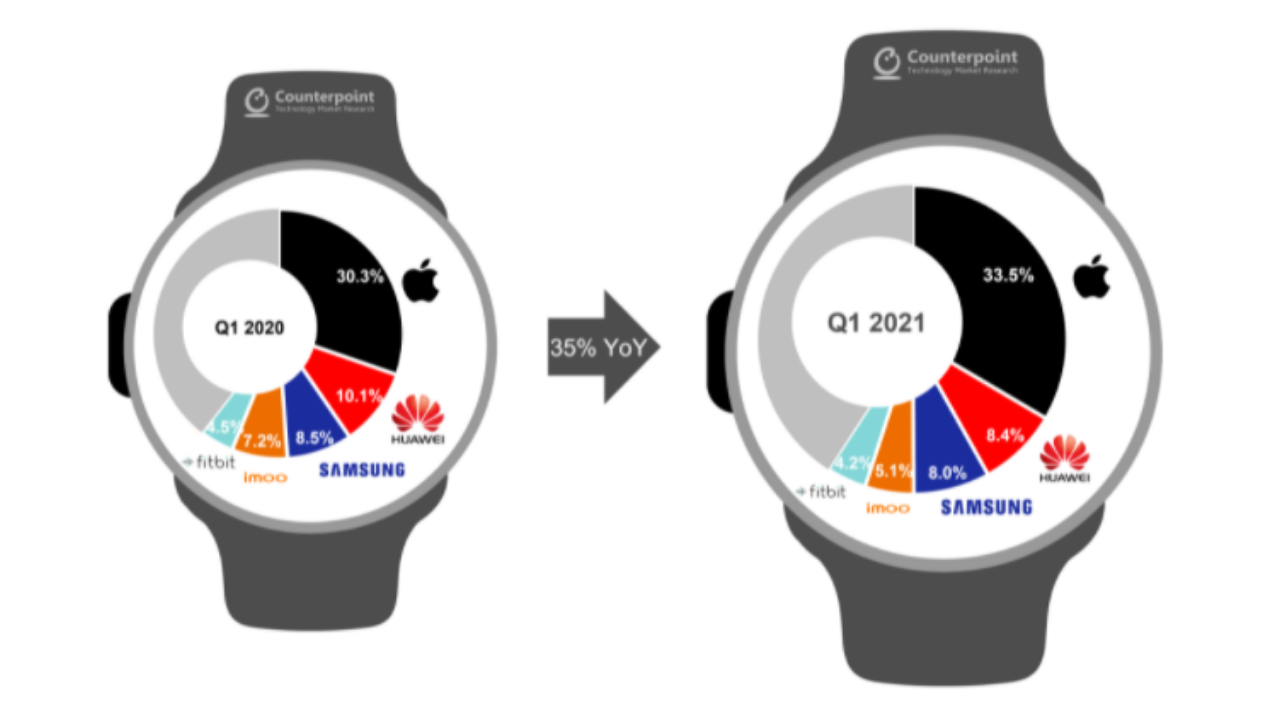 
According to the latest information, Global smartwatch shipments in Q1 2021 grew 35% YoY. As per the report, Apple maintained its top position, catalyzing the overall market growth by recording a 50% YoY increase in the demand for the new Series 6 models. As a result, Apple saw its market share climb by 3% points.

Senior Analyst Sujeong Lim said, “Apple was able to further solidify its leadership position in the market by widening the portfolio from Watch SE to Series 6 at the right time. This may drive Samsung to launch a mid-price-tier model to boost growth.”