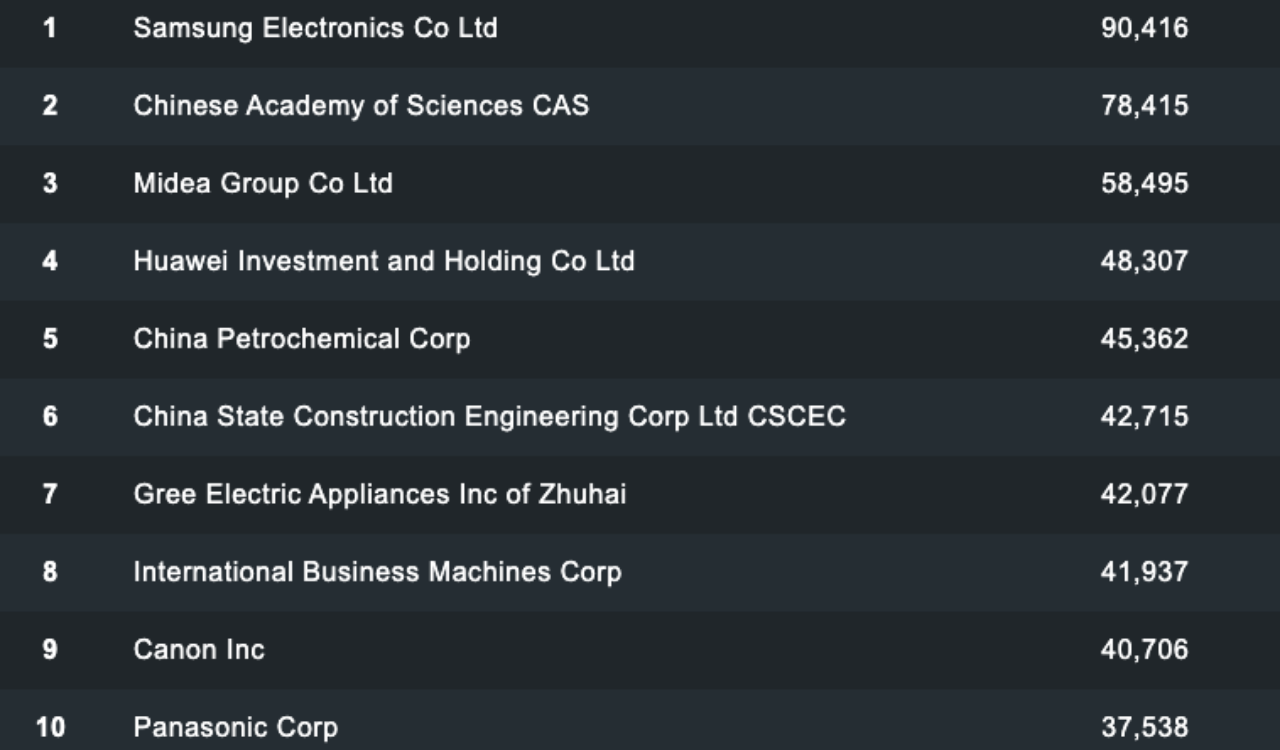 
As per the latest report published by patent database provider IFI Claims Patent Services, Huawei’s ranking on the US patent list continued to rise, reaching fifth. The report shows that in 2021, Huawei won 2,770 US patents, ranking fifth, basically the same as 2,761 in 2020. IBM won 8,682 US patents last year, ranking first in the US patent list for 29 consecutive years, but it fell 5% from 9,130 ​​in 2020.

Although Huawei’s network equipment has been shut out of the U.S. market and access to mobile phone parts has been cut off by the U.S. government, Huawei has been successful in obtaining U.S. patents. The reason why Huawei’s patent ranking last year rose from ninth in 2020 to fifth is partly due to the decrease in the number of patents obtained by other companies. Last year, the number of patents issued by the U.S. Patent and Trademark Office fell 7 percent year on year. Samsung, Canon, and TSMC ranked second to fourth, but the number of U.S. patents they obtained last year decreased by 1%, 6%, and 1% year-on-year, respectively.

US companies accounted for less than half of the 327,329 US patents issued last year. Artificial intelligence and machine learning remain the fastest-growing areas of innovation. In this area, IBM, Samsung, Google, Intel and Microsoft lead the way.