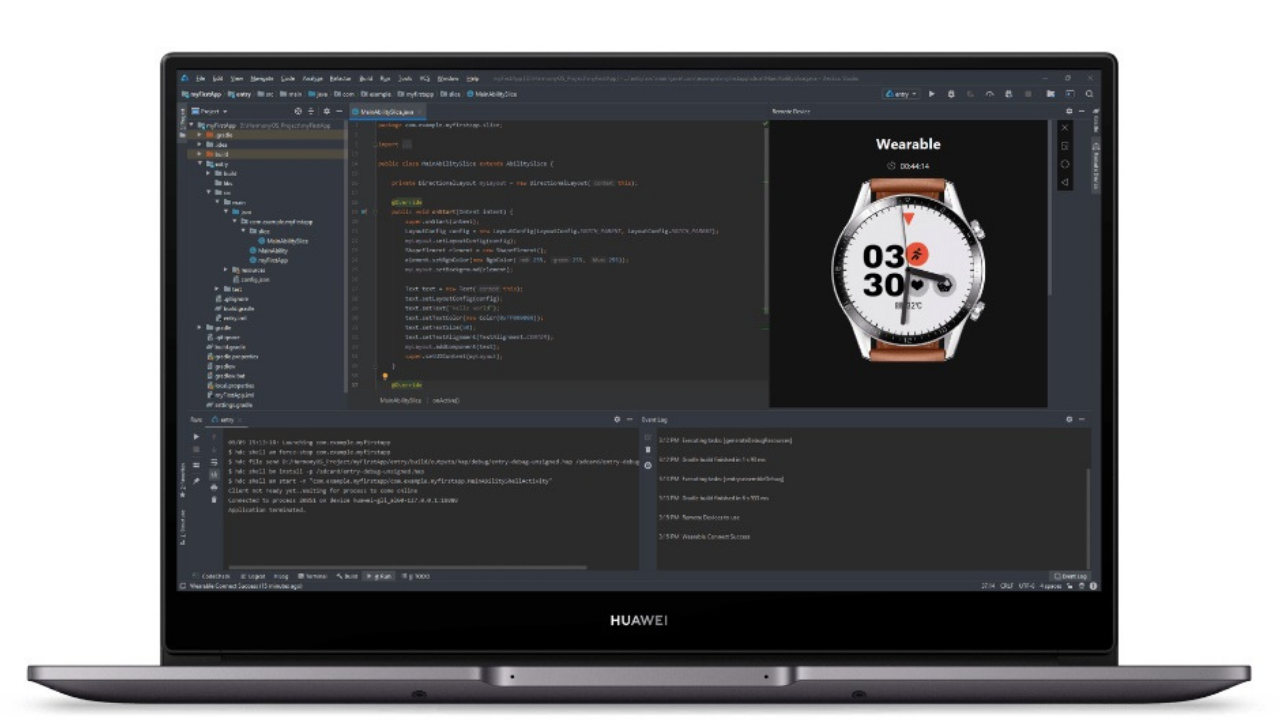 On December 16, 2020, HUAWEI DevEco Studio released version 2.0 Beta 3. Huawei has begun sending the new version for DevEco Studio 2.1 Beta 3 that brings a number of new features and improvements, which help out developers and enhance the innovation efficiency.

In order to improve the efficiency of investigation, DevEco Studio 2.1 Beta 3 unlocks the two-way preview function on the basis of the existing “real-time preview” and “dynamic preview”.

Real-time preview: As long as the modified source code is saved in the layout file, the layout effect can be viewed in real time in the previewer.

In order to reduce the modification, DevEco Studio provides PreviewMock data simulation function, that is, without changing the business operation logic, simulate the return value of various methods in the API or business code (excluding the construction method) and the Field in the object (not including final field). In this way, the developer can view the interface changes brought about by different return values ​​during the preview.

As an introductory player in HarmonyOS application development, do you repeatedly consult the documentation on the HarmonyOS official website in order to understand the meaning of the configuration items? In order to reduce the behavior of developers repeatedly switching the interface to look up data and documents, DevEco Studio 2.1 Beta3 has added a new visual configuration function.

The editor has a new resource creation wizard function

When creating a resource catalog with qualifiers, developers need to consider the value of the qualifiers, the order in which different qualifiers match each other, etc. A slight deviation will cause HarmonyOS to fail to detect suitable resources when the application is running. Unable to show the expected effect.

Prerequisites for the Java testing framework to run on a real machine or remote simulator device:

In order to facilitate the use of developers, DevEco Studio provides Ability templates for multiple device types and different development languages. In this new version, on the original basis, 5 new mobile phone (Phone) project templates are added, and there are currently 19 mobile phone (Phone) project templates. Developers can select appropriate templates according to the project wizard, easily create projects suitable for all types of equipment, and automatically generate corresponding code and resource templates.