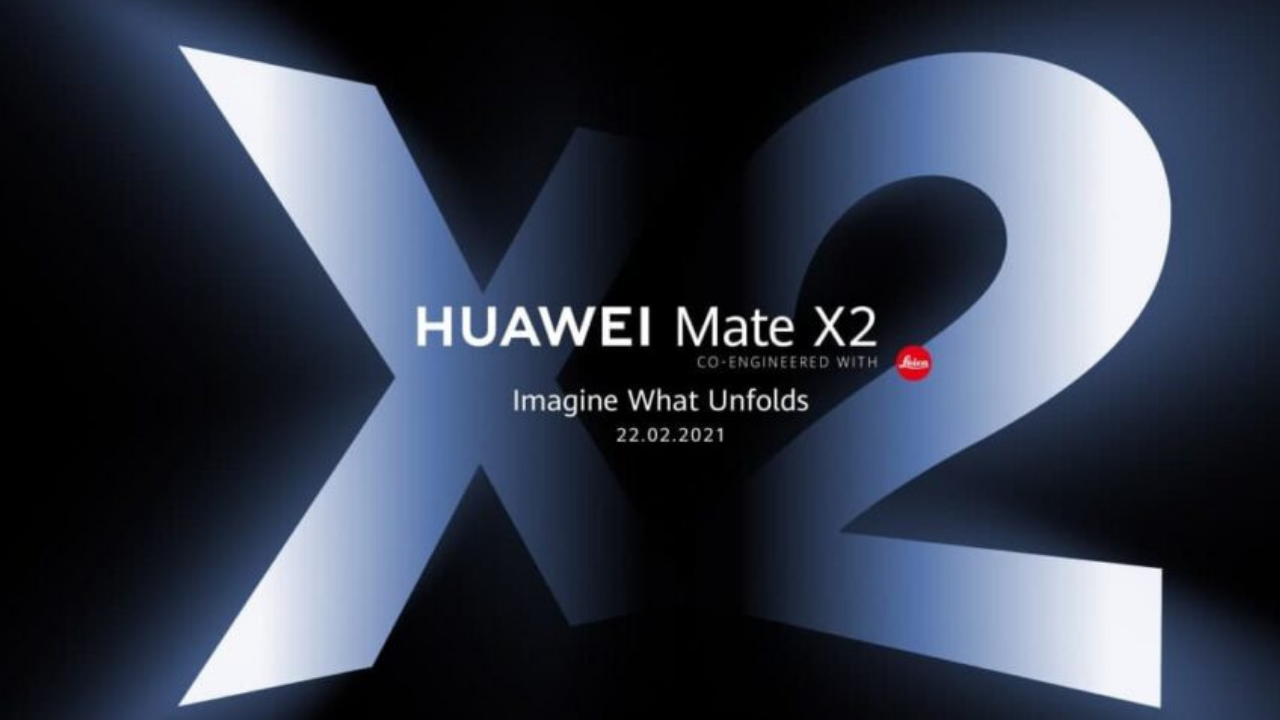 
Huawei’s upcoming foldable phone the Huawei Mate X2 is officially launching on February 22, 2021. Now a new promo render has appeared on Weibo, which suggests that the phone will come with an inward folding design. The promo poster also has the text of “Huawei Mate X2 Imagine What Unfolds”, which indicates the new design.

The first generation Huawei Mate X smartphone was launched with a single main foldable screen that folds outwards and exposes the display for outer interactions. Compared to the first-gen, Huawei Mate X2 likely to come with two displays. The new Huawei Mate X2 folding-screen phone will launch in new colors.

As per the specifications are concerned, Huawei Mate X2 will come with two displays, the main display measures at 8-inch and the cover display at around 6.4-inch.

Huawei Mate X2 equip a triple camera system consisting of 50MP+16MP+12MP+8MP cameras and a 16MP selfie shooter. This upcoming foldable phone will be powered by the 5nm Kirin 9000 chipset and have the latest tech such as Wi-Fi 6 for faster connectivity and a super-fast charger.

Join Us On TELEGRAM for the latest updates.