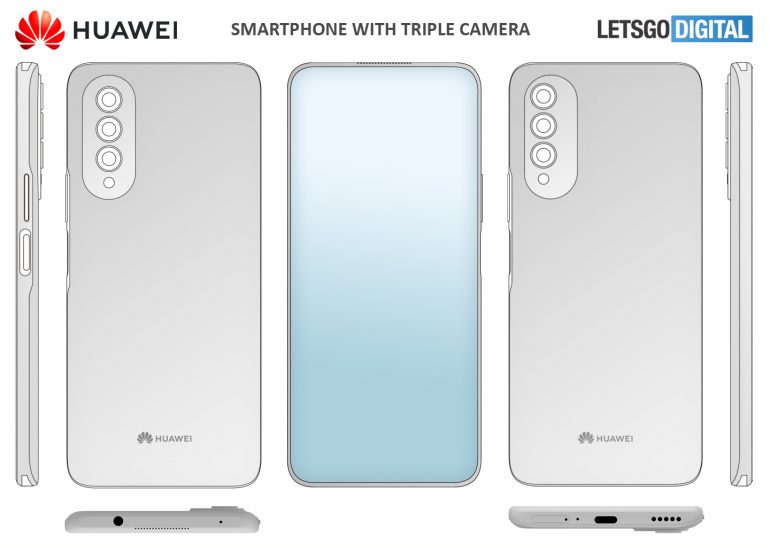 
According to the information, on December 15, 2020, Huawei Technologies filed a design patent with the China National Intellectual Property Administration (CNIPA) for an unknown Huawei smartphone. The documentation was released today, July 9, 2021.

As per the patent image below, the front is characterized by a large screen surface, with thin screen edges. The mobile phone has a flat-screen. The device is said to feature an under-display camera, which means there is no notch.

Two buttons have been incorporated into the design on the right side of the phone. It is striking that the frame is slightly wider at the height of the buttons. Another striking design detail, the receiver is directed upwards, instead of forwards.

There is also a 3.5mm headphone jack on the top, as well as a microphone. A microphone is also visible at the bottom, as are a USB-C connection and a speaker.

Judging by the triple camera, the flat screen and the 3.5mm headphone jack, it is likely that this is a budget/midrange model. Nevertheless, this Huawei phone is equipped with very narrow screen edges, where the selfie camera is processed under the screen.

Huawei has previously patented smartphones with an under-screen camera. For the time being, however, it remains unknown when the first Huawei phone with UDC will be introduced.