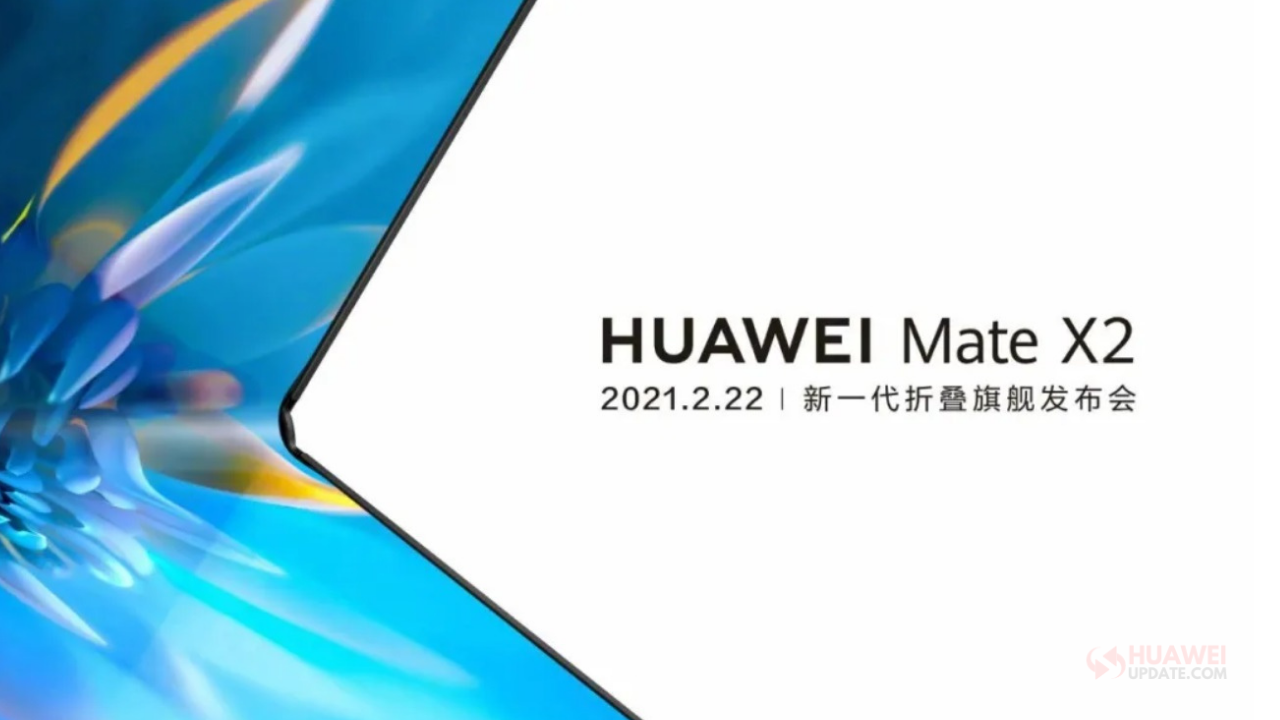 
Huawei has officially announced that Huawei’s new generation of folding flagship Mate X2 will be released on February 22. The company has released another poster that shows it will be powered with the Kirin 9000 processor.

According to the previous reports, the Huawei Mate X2 is said to come with a two-display design including an 8.01-inch main foldable screen and a 6.45-inch secondary screen. The phone expands 161.8 x 145.8 x 8.2mm dimensions, Kirin 9000 processor, Bluetooth 5.1, and more.

The phone could equip a triple rear camera system consisting of 50MP+16MP+12MP+8MP cameras and a 16MP selfie camera. Certificates reveal that it packs a 4400 mAh battery that supports 66W super flash charging. Also, it has received a WiFi 6 certificate and network access certification.