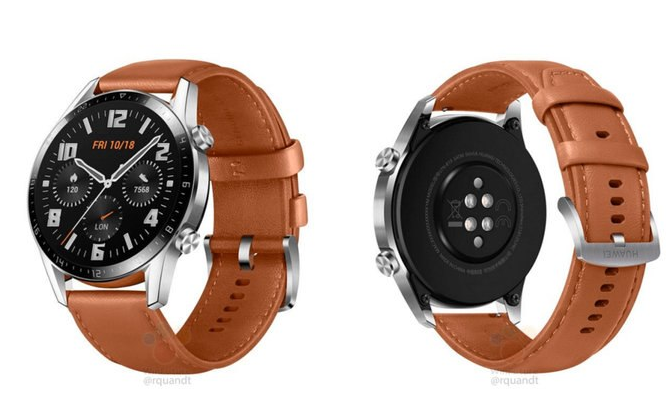 
The report and leaked renders come via WinFuture/Roland Quandt and indicate that, not only are the internal specs and hardware getting a boost, but also the case is being slightly redesigned.

Looking at the images, it appears as though the bezel is being slimmed down, with a slight change in the way it is shaped.

Like the first-generation Watch GT, there appear to be both a classic and sports model of the watch, with the former featuring a polished silver case and brown leather strap and the latter being all black with a silicone strap.

Huawei has two upcoming press events: one at IFA 2019 on 6 September, and another later in the month for the Mate 30 smartphone series.