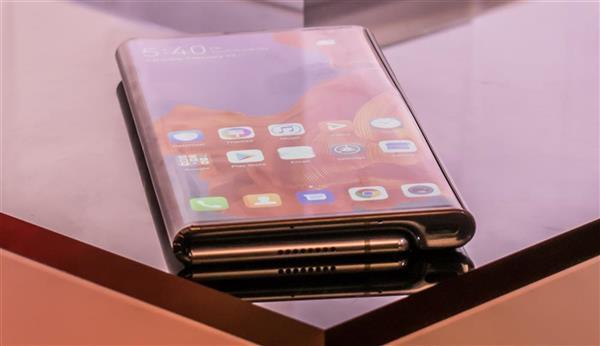 
At the MWC 2019 exhibition in February this year, the debut of Huawei’s first folding screen Mate X was a great show. The aircraft defeated many powerful opponents in one fell swoop and won the “MWC 2019 Best New Connected Mobile Device of MWC 2019”. GSMA CEO John Hoffman personally awarded the award to Huawei.

Huawei officials also said that Mate X is a mass production machine, not a concept product, not innovative for innovation. After the Samsung Galaxy Fold’s initial depreciation, the outside world’s goal is more focused on Huawei Mate X.

The relevant person in charge of Huawei said that the 5G flagship mobile phone is expected to meet with the public in June this year. The price of this model in foreign countries is expected to be 17,000 yuan, and the domestic price will be slightly lower.

Huawei Mate X adopts the internal folding screen design, and the core configuration is equipped with Kirin 980+ Barong 5000 baseband chip. The front is a 6.6-inch large screen (19.5:9 ratio, 2480×1148), which is consistent with the screen ratio of mainstream mobile phones.

In addition, the back screen size is also 6.38 inches (25:9 ratio, 2480×892 resolution, edge built-in Leica three shots), after the expansion to form an 8-inch large screen (8:7.1 ratio, 2480×2200 resolution), can reach comparable to the tablet Shocking visual effects. After the screen is expanded, the operation interface can be divided into two, and the split screen interaction is performed, so that the two tasks can run synchronously.